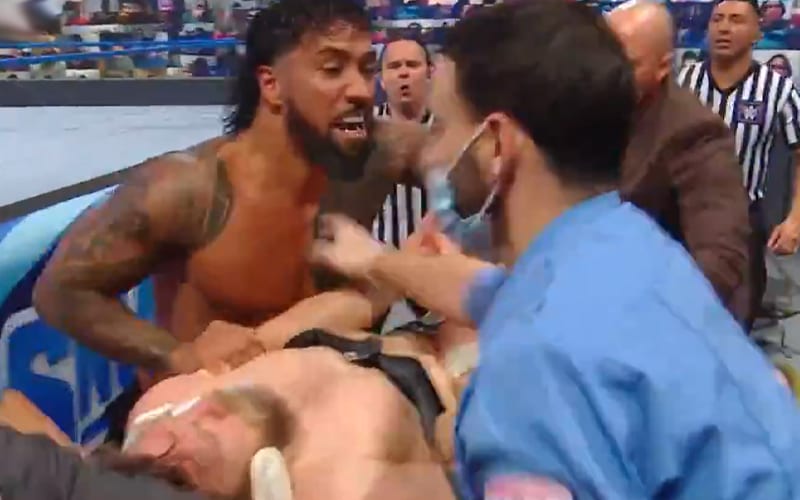 Jey Uso ended WWE SmackDown this week with a brutal assault on Daniel Bryan. He wasn’t done when the cameras cut off last night.

Roman Reigns defeated Jey Uso at Hell in a Cell which means that Uso must fall in line. He was given orders at the end of SmackDown this week to destroy Daniel Bryan, and that’s exactly what he did.

After SmackDown went off the air this week, the assault continued. WWE uploaded video showing the aftermath, and it wasn’t pretty. The ThunderDome crowd watched on as Jey Uso’s assault continued on Daniel Bryan.

They were trying to take Bryan away on a stretcher, but Uce pushed him off of it and continued the beat down. Then Jey hit another Uso Splash on Daniel Bryan in the ring.

This heel turn for Jey Uso was pretty undeniable. We’ll have to see where they go from here.