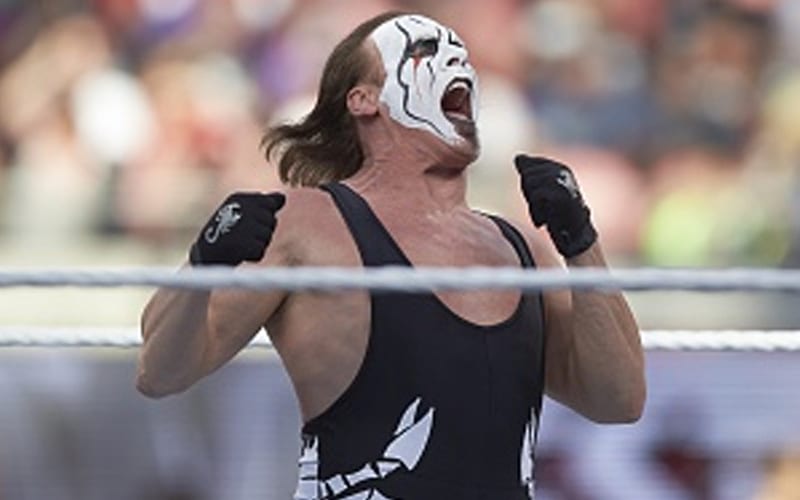 Sting is no longer under WWE contract. He is a free agent, but retired, so he’s not wrestling again. AEW is always a possibility for someone with so much nostalgia connected to his name. WWE certainly wasn’t able to keep him under their umbrella.

During Wrestling Observer Radio, Dave Meltzer noted that Sting’s WWE Legends Contract has not only expired, but it’s been up for a long time. It’s unknown why he didn’t sign a new contract, but there could be a couple obvious reasons.

“It’s up, and it’s been up for a while because that’s the thing when you pull merchandise — like with the Lesnar thing — that means your contract was up six months ago because they have a period where they’re allowed to sell your stuff, so that period must have ended.”

“I don’t know the timeframe, but it’s a several month timeframe. So, for whatever reason, I mean I would not imagine that they would not want Sting, although the deal they made for Sting at the time they made the deal may have been, you know a lot more than a normal Legends guy. Maybe they didn’t want it. You know, I don’t know the situation as far as what was offered Sting or if anything was offered Sting — maybe if they felt like they got all the use out of Sting that they can because he’s not going to wrestle again?”

It was noted that there is a huge “temptation” for AEW to bring Sting in. He wouldn’t be wrestling, but his presence could be a difference maker. It also wouldn’t come cheap at all.

On that note, AEW seemed to tease another big shocking moment for Full Gear in their latest trailer which you can check out here.