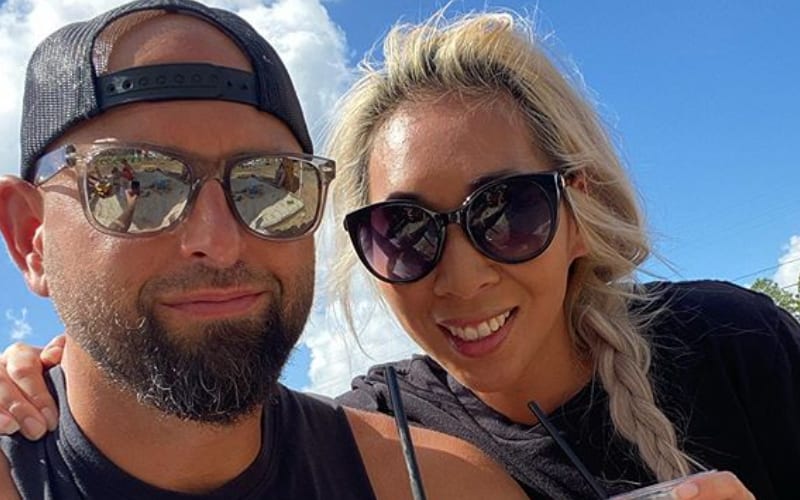 Karl Anderson’s wife called him out via Instagram for cheating. She also said that it was days since their four children had seen him. She deleted those posts and said that she got her point across. Now she is clarifying what happened.

Anderson’s wife posted three new stories after she deleted the original ones. The first story said: “cheating doesn’t start with sex, it starts with sneaky conversations.”

Her second story was a bit longer as she said:

Cheating doesn’t mean you have to kiss, meet or have sex with someone else… once you find yourself deleting messages so your partner will not see them, then you already are there

She posted a third story which seemed to point to Karl Anderson and her making a deal for him to return home. She loves her children and wants them to see their father. She made it very clear that they should not suffer because of his actions.

I love my kids so if it means having to delete a post for him to come home and see our kids, I will try

It doesn’t appear that there was any physical cheating on Anderson’s part. This story might be far from over as well.

There are also four children involved in this ordeal, and they miss their father. We will continue to hope for the best in this situation. You can check out her new Instagram stories below.