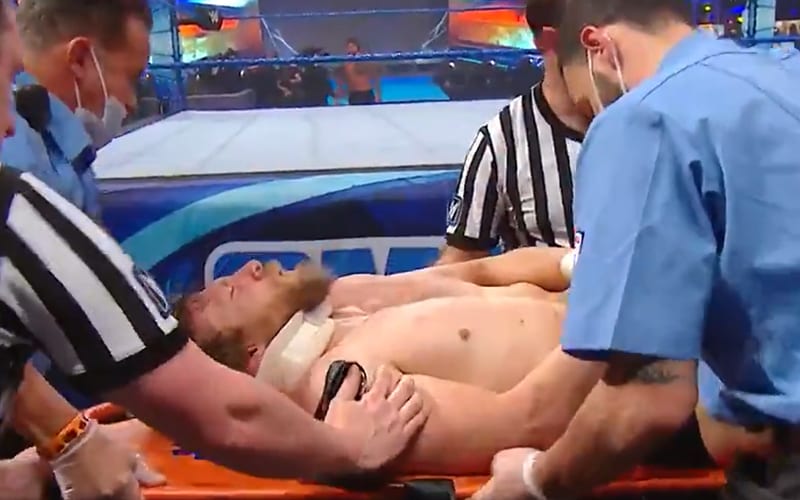 Jey Uso made his heel turn definite this week on SmackDown. He beat Daniel Bryan around the ring after defeating him in a Survivor Series qualifier match. That attack did a number on Bryan

WWE posted an update on Daniel Bryan’s condition. Jey Uso continued that attack even after SmackDown was off the air. As a result of that assault, Daniel Bryan has a bruised kidney.

Following his match with Jey Uso on Friday Night SmackDown, Daniel Bryan was evaluated in the WWE trainer’s room, complaining of back and lower abdominal pain.

WWE Medical recommended Bryan be transported to a local medical facility where multiple imaging tests were performed and revealed a bruised kidney and multiple strains and contusions throughout his thoracic and lumbar spine.

Bryan was released from the facility last night and is now convalescing at home.

We’ll have to see how long Daniel Bryan remains out of action. They seem to have written a reason for him to take a break from television. He might also want some revenge on Roman Reigns when he is ready to return.