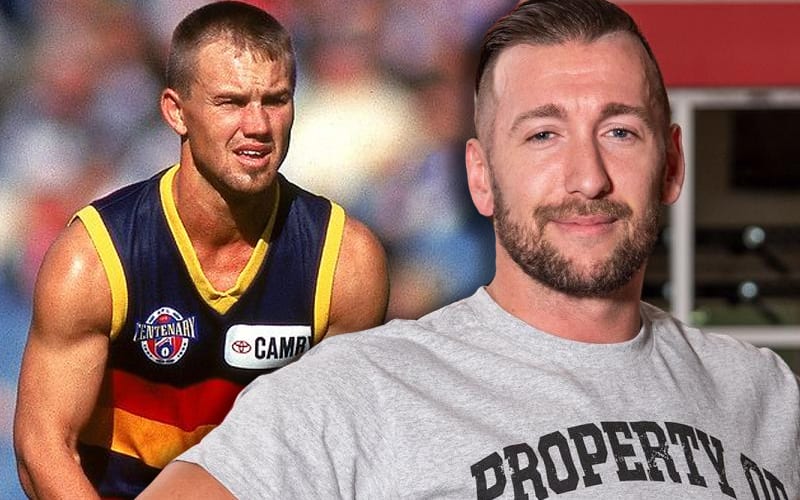 WWE switched Brendan Vink’s name around. The 31-year-old Australian is now Tony Modra, but that name already belongs to a well-known Australian footballer. He’s not too thrilled about the appropriation of his name.

News Corp recently grabbed a word with the real Tony Modra, and he’s not happy about WWE changing Brendan Vink’s name around. In fact, he sees it as a bit disrespectful.

“I’ve got no idea who he is. He claims to be an Adelaide fan but it’s a bit disappointing, a bit disrespectful.”

The real Modra also stated that his sons are WWE fans, but he’s even asked why “some wrestler he’s never heard of” took his dad’s name.

“My lad loves WWE and I see a lot of that stuff but he’s even asking why some wrestler he’s never heard of before wants to change his name to his dad’s. I couldn’t believe it. I didn’t know you had to copyright your own bloody name.”

WWE owns a copyright on that Tony Modra name, so they can do with it as they please. It’s unknown why Brendan Vink’s name wasn’t good enough for Vince McMahon’s company, but they were able to find another name that was just as Australian.