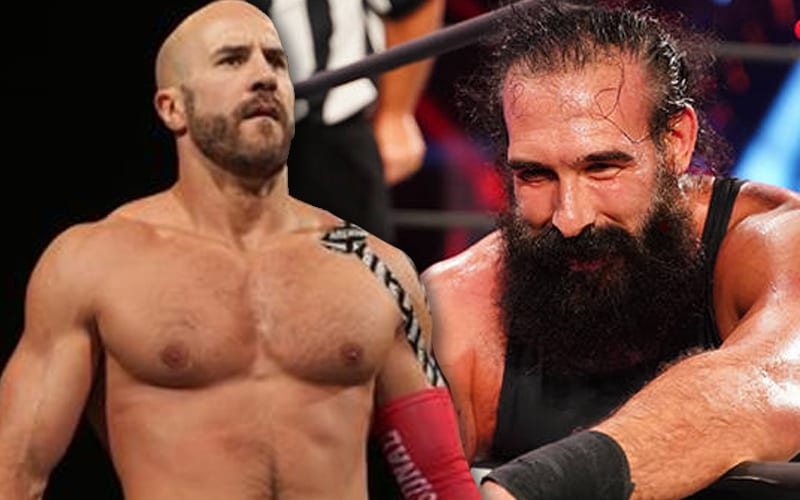 Brodie Lee entered AEW after spending years in WWE as Luke Harper. That run with WWE brought him to a much wider audience, but everyone has to start somewhere.

While speaking to AEW Unrestricted, Brodie Lee discussed his entry into WWE. His journey to WWE had a bit of a slow start due to injury, but he healed up and got a phone call. He also had some help from Cesaro along the way. In the end, Brodie Lee was hired on the day his son was born, so it is a very hard date to forget.

“So about six months earlier, I had been in contact with somebody there and was getting ready to go down for one of their tryouts. I broke my leg, dislocated my patella, lost my shoot job and then a week later, my wife told me that she was pregnant, unplanned. It was mine, so it was okay. The world was ending, but then six months after that, they called me again and said, ‘hey, are you healthy?’ And I said, ‘actually, yeah. Literally just got cleared.’ He said, ‘hey, can you come down January 1?’ So my son’s now scheduled to be born early January.”

“So I’m traveling to Tampa from Rochester to do this week long tryout. So my wife said, ‘no problem. Go ahead.’ So the baby did not come out. The week happened, and then January 17, we’re in the hospital having the baby. That’s when Johnny Ace (John Laurinaitis) called me. The phone breaks up. So I think, of course, I’ve ruined my entire opportunity at pro wrestling stardom.”

WWE changed Brodie Lee’s name around, but now he is back with that former moniker. The timing for Brodie Lee in WWE was both perfect and unfortunate, but everything seemed to work out in the end.