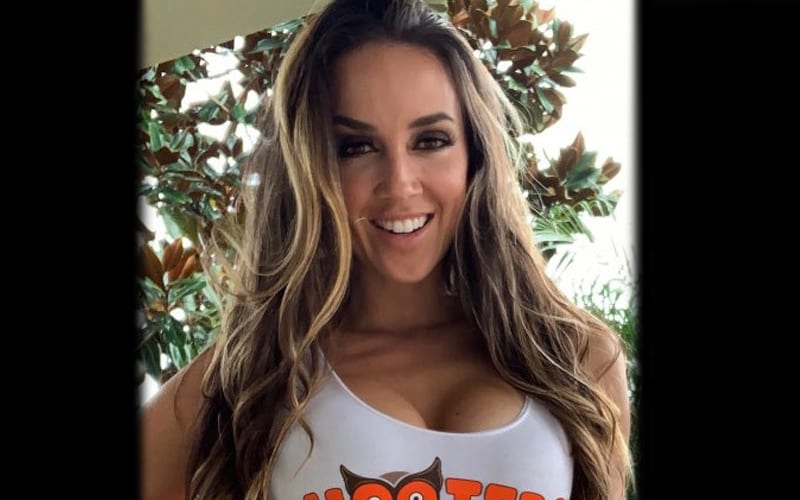 WWE Superstars have to work hard to make it, and some of them needed to get side jobs along the way. Chelsea Green used to work as a Hooters girl, and she still has the uniform to prove it.

The former Hot Mess from Impact Wrestling is still waiting on her main roster debut. She was called up on December, but then sent back to NXT for a short run with the Robert Stone Brand. Now fans are waiting to see her again.

There was some talk during the WWE Draft about doing something with her. They ended up not calling anyone up during the Draft. The book is not closed for Chelsea Green at all.

Green hasn’t wrestled in months, and she really misses it. In the meantime, Chelsea Green was able to dig up her old Hooters’ girl outfit and it still 100% fits like a glove.

Green isn’t the only WWE Superstar with Hooters experience. Liv Morgan was also a Hooters girl, and she recently shared her bikini photo shoot.

Chelsea Green warned fans prior to posting the “now and then.” She certainly had a “glow up” photo to share. You can check it out below.