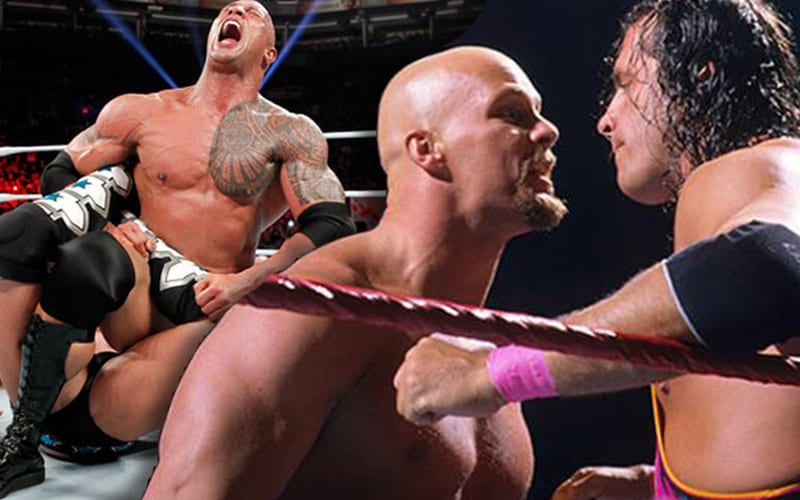 Bret Hart’s famous submission, the Sharpshooter is still being used to this day. That doesn’t mean he’s a fan of every variation of his patented hold.

While speaking to Fightful, Bret Hart said that it’s far easier to name who did his move the worst. He then mentioned The Rock and “Stone Cold” Steve Austin as two people who had trouble applying his finisher.

“I can tell you the ones that have the worst easier. I know Steve Austin had a hard time putting it on, so did Rock. They would tell you that themselves. You think, when you look at it, you go ‘Oh, I can put that on.’ But, you gotta think about it and gotta know how to put it on to appreciate it,”

Natalya still uses her Uncle Bret’s Sharpshooter, but she learned how to apply that hold in the Hart Dungeon. The Queen Of Harts recently revealed a photo of her actually learning the submission hold that would eventually help her become the winningest woman in WWE history. It’s a good thing Bret Hart didn’t have anything negative to say about how Nattie does the move.