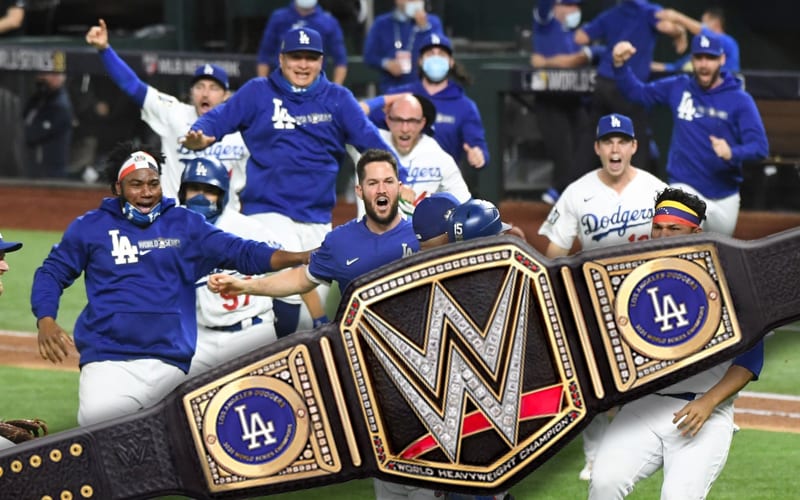 The Los Angeles Dodgers won the World Series, and that nice trophy isn’t the only award the club has coming to them.

Triple H revealed a custom LA Dodgers WWE Title belt that they intend to send out as soon as possible. The typical World Series Championship parade might be altered a bit due to COVID-19, but they will certainly have the title around.

LA was supposed to be the home of WrestleMania 37. Ringside News exclusively reported in July that they had made other plans. WrestleMania 37 will be in Tampa, which has been confirmed by others after our initial report.

The World Series was the reason why SmackDown needed to play on FS1 last week. That brought them a record low of 881,000 viewers.