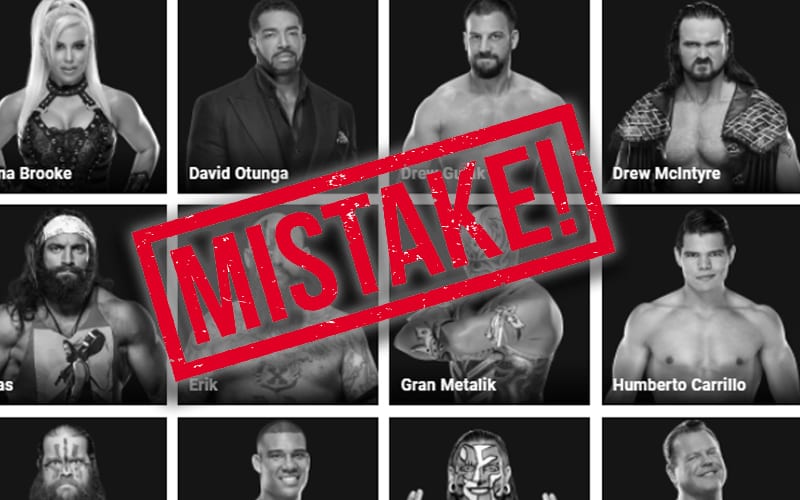 WWE has a lot going on and sometimes it’s hard to keep up with things, even for those within the company. The official WWE website made everyone wonder what was going on when Tucker was discovered to be on SmackDown after he was traded. He’s not the only Superstar in the wrong place.

Tucker was finally placed on the RAW brand on the official WWE website. That is where he is supposed to be. They still haven’t moved Mustafa Ali to RAW which is interesting considering the spotlight he’s received.

Mickie James, is also still listed as a SmackDown Superstar despite being reportedly drafted over to RAW during the Draft. She was undrafted, but it was reported that was her destination.

Ringside News exclusively reported plans for Otis and Tucker at Survivor Series, but then fans noticed Tucker was still on SmackDown. This was an error on the website’s part and it happens all the time.

The fact that WWE cut people across the board during the pandemic didn’t help the strain on their website team.

There might be even more mistakes on the roster, but those were a few that jumped out at us. If you notice any more feel free to send them in.