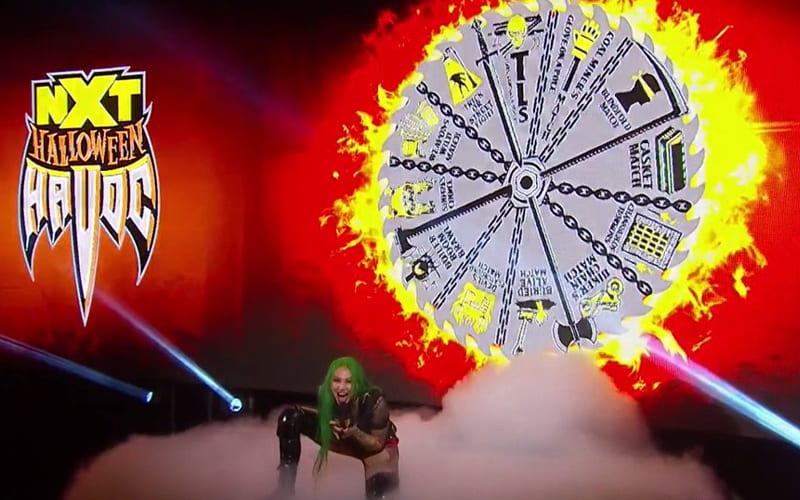 WWE is bringing back Halloween Havoc tonight. This is an event that fans wanted the company to revive for years. Now NXT is getting a stab at it, but this hasn’t been the easiest experience. It all kicks off at 8:00 PM EST on the USA Network, and they are getting a bit more time to go over the 10:00 PM EST mark for an overrun.

A forced quarantine throughout NXT could require some changes to the show. The company has not announced anything official yet, but the current status is “to be determined.”

There are supposed to be two “Spin The Wheel, Make A Deal” matches, each for a title on the black and gold brand. We will have to see what happens. It all determines on whether a Superstar was at the WWE Performance Center on October 16th. If they were around that day then a quarantine might keep them off the show.

We’re still waiting on an official confirmation. We hope the card is presented as planned, but as of this writing, we have heard no such confirmation in either direction from the company.

You can check out the full advertised card below: