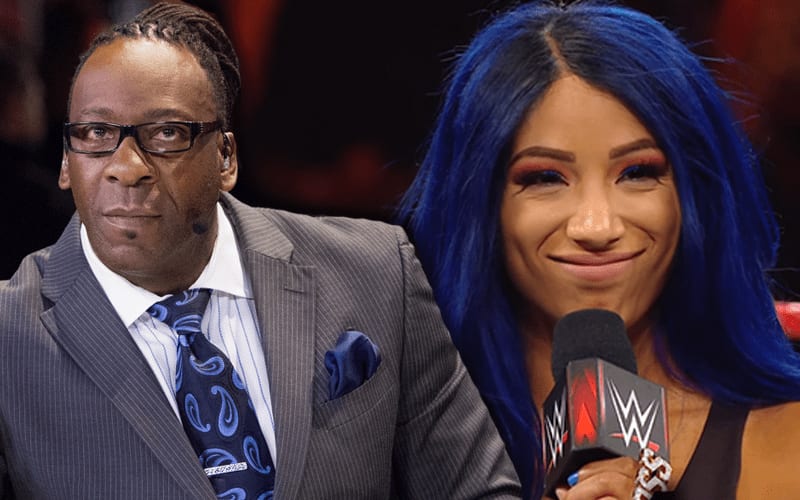 Sasha Banks won the SmackDown Women’s Title at Hell in a Cell, but Booker T was betting on Bayley prior to the event.

Booker T said during the Hell in a Cell kickoff that he doesn’t like Sasha Banks. What came next included a barrage in his notifications from stans of The Boss. The six-time World Champion then decided to clear things up on his Hall Of Fame radio show.

“First and foremost, this is wrestling, guys. I do hope that only younger people are sending me out those tweets and are concerned about my relationship with Sasha Banks, and whether we’re gonna make it through 2020.”

“On the real, though, I really appreciate what Sasha brings to the table.”

“She’s a special talent and better than a majority of the women [on the roster]. In our business, you have to be able to go out and make people feel a certain way, and Sasha has the ability to do exactly that,”

Sasha Banks is currently slated for a marquee position at Survivor Series. She will square off against Asuka to re-ignite an old rivalry. Bayley is also around, and not happy at all that she lost her title. We’ll have to see where things go from here, but anything can happen on the road to Survivor Series.