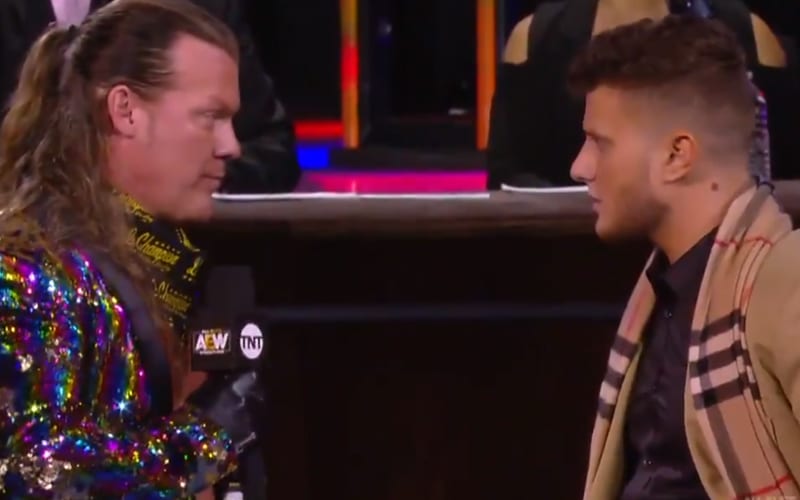 Chris Jericho wanted MJF in the Inner Circle when he was first forming the group. Tony Khan had other plans for the Salt Of The Earth, but one year later they have come full circle. MJF will now battle Jericho at Full Gear with a spot in that prestigious faction on the line.

AEW Full Gear will take place on November 7th live on pay-per-view, and tickets are still available for the Jacksonville event. They booked a match during the Town Hall Meeting that took place this week that will be a huge addition to the show.

MJF asked Jericho “what haven’t I done?” and Jericho replied that he hasn’t beaten him. This is when the challenge was made, but MJF warned Le Champion that he will do “anything” to win.

The other Inner Circle members don’t want MJF in the faction. Ortiz and Santana will battle MJF and Wardlow next week, and they promised that MJF won’t make it to the pay-per-view.

If MJF can beat Chris Jericho on November 7th at AEW Full Gear then he’s in the Inner Circle.