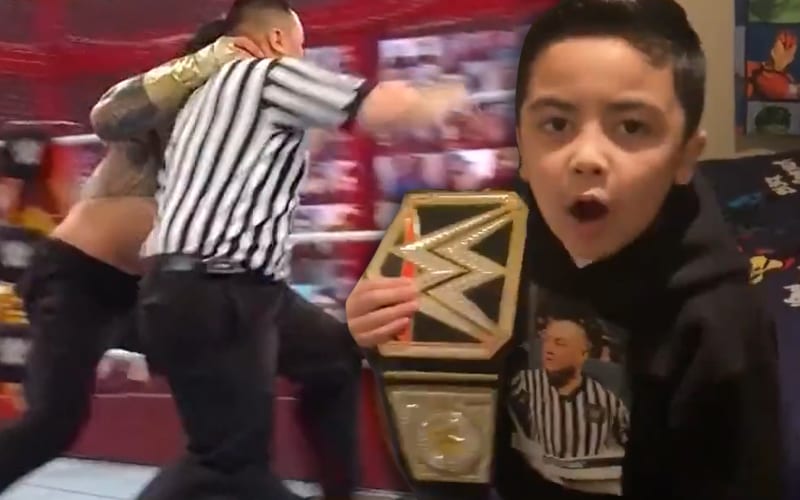 The WWE Universal Title was defended in an “I Quit” match inside Hell In A Cell. Brian Nguyen was the referee for that contest, and he wanted to end the match when Jey Uso wouldn’t say “I Quit.” He paid dearly for that as The Tribal Chief threw him out of the ring.

Brian Nguyen’s son River Manix was not happy about seeing his dad take a ride inside Hell in a Cell. He cut a furious promo on Roman Reigns while wearing a Brian Nguyen hoodie and holding his own WWE Title belt.

Brian Nguyen’s wife posted this little video, and it has already received some attention. Adam Pearce saw the video, and he commented saying: “Revenge is a dish that is best served cold.”

We’ll have to see how Roman Reigns’ storyline continues, but he might need to watch out if Brian Nguyen brings his son to work.