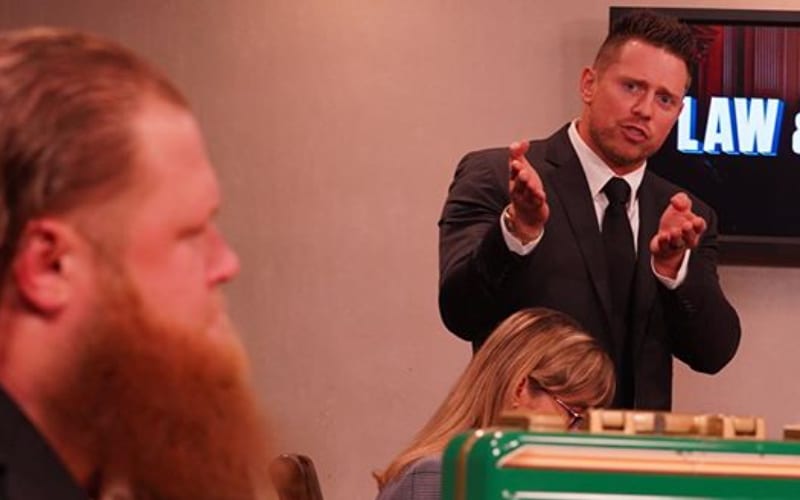 The Miz was able to get a match against Otis at Hell in a Cell for the Money In The Bank briefcase. He promises to represent the company far better than Otis ever could.

The Law & Otis segment also caused a bit of chaos backstage. Click here for more on that situation.

The Miz posted to Instagram where he was quite proud of himself. He was able to use his connections to split Otis from Mandy Rose and Tucker. Then he paid off JBL in order to get this big match. He also said that the hero will win at Hell in a Cell.

Less talk more action is what the @wwe universe wants. Well, I used my connections to split @otis_wwe from @mandysacs and @tucker_wwe. I took him to court for MITB negligence and won. Now at #HIAC I will win the Money in the Bank contract then find the perfect time to cash in on @dmcintyrewwe or @romanreigns and be Champion once again. The timing couldn’t be more perfect with all of my and @marysemizanin #MizAndMrs media coming up. I will Represent @wwe how a Champion should represent this company. Watch #HIAC tomorrow on @wwe network to see the hero win. Always remember when I say I’m going to do something I will stop at nothing to make it happen.

We will have to see how things pan out at Hell in a Cell. Otis will have to fight in order to keep his briefcase, but The Miz seems determined to take that briefcase from the former Heavy Machinery member.