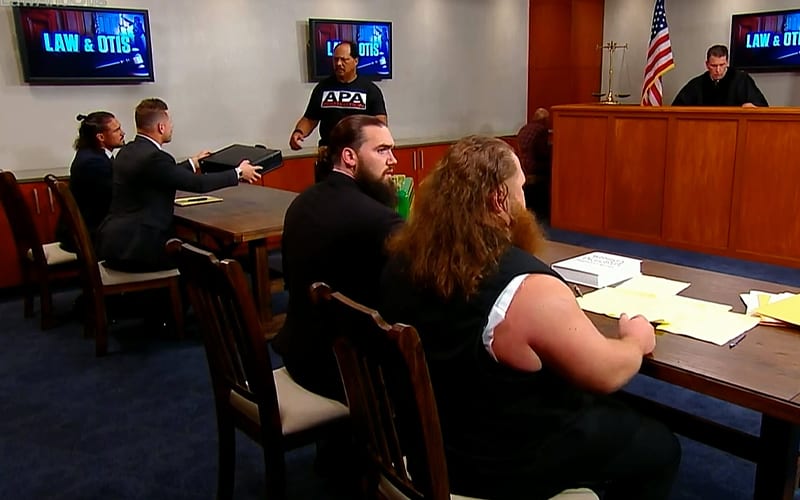 WWE Friday Night SmackDown was on FS1 this week, and there was also some reported chaos backstage. This was a result of so much special attention being placed on one specific segment.

During Wrestling Observer Radio, Dave Meltzer explained that there were a lot of rewrites leading up to SmackDown this week. This was exclusively reported on Ringside News on Friday morning, but the troubles didn’t stop.

It reported that the constant re-writes were due to so much energy being dedicated to the Law & Otis segment. This caused come chaos as there was a rush to get everything else done. That segment ran through the show and featured a few notable cameos from JBL, Ron Simmons, and Teddy Long.

Meltzer also confirmed Ringside News’ previous report about how much help Triple H was backstage last week. In the end, they were able to present a full show, but they certainly went through a bit of chaos putting it all together.