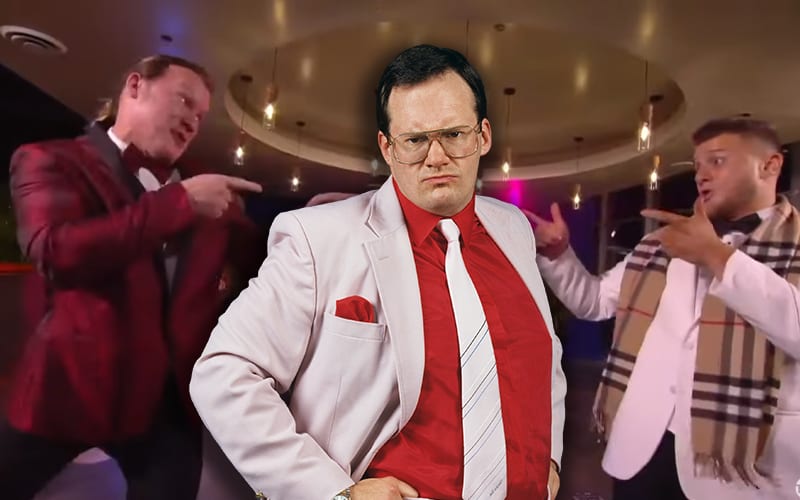 Chris Jericho and MJF are very happy with how Le Dinner Debonair turned out. Friedman is exhausted by being so multitalented, and Le Champion is elated that their experiment paid off. Jim Cornette was not a fan, but it was still apparently his idea.

Cornette unleashed on the AEW musical segment during his podcast. He said that it ruined MJF and he also called Jericho a fat canned ham. The Million Viewer Man obviously heard this delightful critique of his work.

One fan fired off a compliment for Le Dinner Debonair while asking whose idea it was. Chris Jericho didn’t waste any time when he replied: “Thx!! It was Jim Cornette!”

Le Champion also tagged his former Smoky Mountain Wrestling boss. Hopefully, Cornette hasn’t muted Jericho on Twitter yet so he sees that pop up in his verified mentions.

This was obviously a joke on Jericho’s part. On that note, thanks for the musical magic, Jim Cornette!