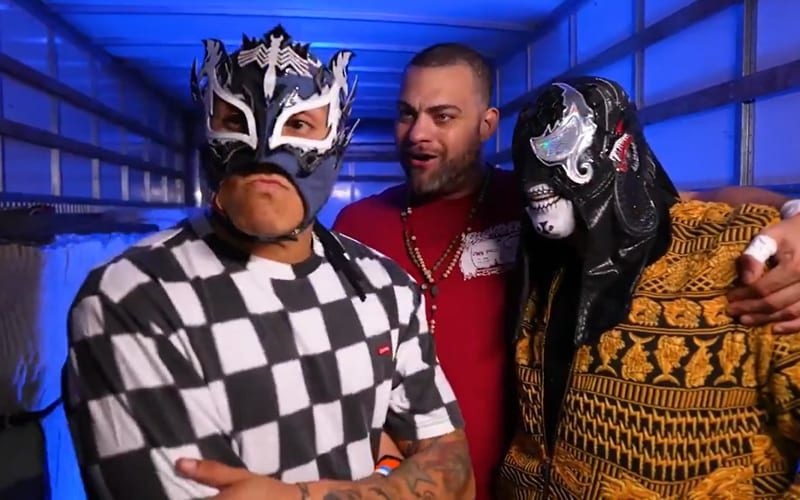 Fenix defeated Penta this week on Dynamite, but he had to give up his spot. Thankfully, they had Eddie Kingston around to break the bad news.

It is still unclear what is wrong with Fenix. They haven’t disclosed his exact injury, but he is not fit to perform next week, an episode that is being filmed this week.

In a video released by the company, Eddie Kingston explained to Fenix that he’s hurt, so that spot must go to his brother. Fenix wasn’t happy about it.

Eddie Kingston told Fenix that “it’s about the family.” He said it’s not about winning battles, it’s about winning the war. Penta then talked some sense into Fenix, but there was still a bit of resentment.

Fenix especially wasn’t pleased when Eddie Kingston said that “the best part” is after he beats Jon Moxley at Full Gear and Penta wins the tournament “then I get to defend the title against my best friend.”

This was followed by displaying a new graphic for Kenny Omega vs Penta. You can check out the video below.