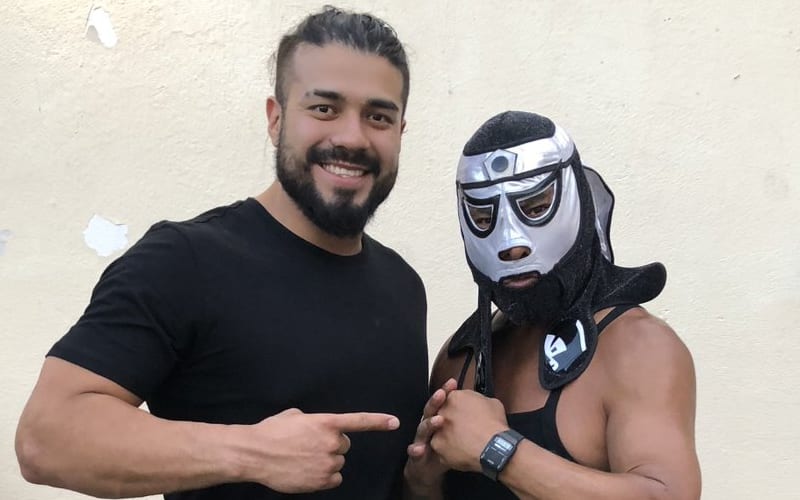 Andrade comes from a family rich in pro wrestling history. Some fans might not realize just how many famous names are at his family reunions.

Jesus Andrade, the original Pentagon is Andrade’s uncle. In 1995, while AAA was trying to build up Octagon, they decided to turn Jesus Andrade, previously known as Espanto, Jr. into Pentagon. The OG Pentagon character was created as a foe for Octagon.

The Pentagon character, with different variations, bounced around to a few stars over the years following Jesus Andrade’s retirement in 1996, but Andrade’s uncle will always be the first.

El Idolo recently shared a photo of himself with Jesus Andrade at a family gathering. He included a caption to let fans know exactly who his famous uncle is.

Me and my Uncle in GOMEZ PALACIO DURANGO last year the BEST of the #Andrade family. The first PENTAGON. #RebuildingAndrade

Charlotte Flair replied back saying: “I think you’re the best one.” It’s great to know that Andrade still has Charlotte Flair’s full support as he continues rebuilding Andrade. You can check out the excellent family photo below.