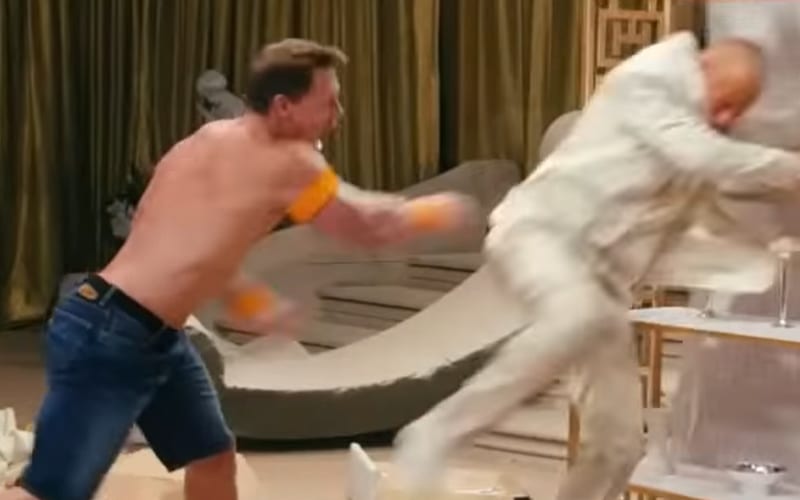 John Cena is a powerful man, both in physical strength and in Hollywood connections. He recently did a segment with Eric Andre on “The Eric Andre Show” that included a stunt that did not go as planned.

Andre revealed on Jimmy Kimmel Live that Cena launched him on set, but some metal shelves fell and knocked him in the head. It wasn’t Cena’s fault, but rather the crew who was responsible for setting up the scene.

“John Cena did the stunt right, but we prepped for the stunt wrong, that metal shelf came over and clocked me in the head, and I got concussed, and went to the hospital”

Andre continued as he said: “I went to the hospital immediately. I had like a Bugs Bunny, Fred Flintstone [bump] on the side of my head”

Thankfully, Andre seems to be okay now. He was also able to tell this story with a smile on his face. Things could have been worse, especially when John Cena is hurling you around like you’re being eliminated from the Royal Rumble match.