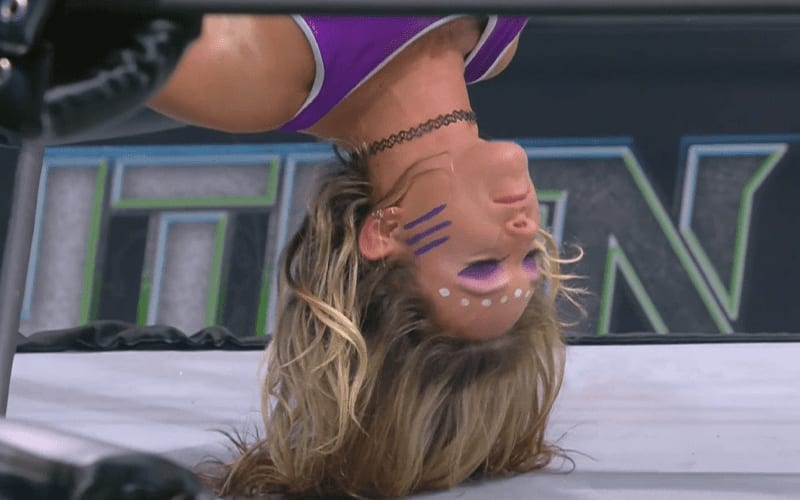 Kris Statlander is AEW’s favorite resident alien. She is no longer booping opponents and referees as her knee is still on the mend following surgery. It might be eight months before we see her again, but AEW fans haven’t forgotten about her.

A lot of people are fascinated to know where someone’s gimmick came from. Statlander revealed as she spoke to Wrestling Inc that her gimmick was actually inspired more by her love of space’s endless possibilities rather than her belief in UFO’s.

“I wouldn’t say paranormal and UFOs. I am such a big fan of just space, and it’s just such a mind-blowing concept. It just is forever and no one knows where it came from. No one knows where it starts or ends. There’s so much mystery behind it, and it just fascinates me. And I’ve always loved just general science as well growing up. I got this space tattoo. So I’m committed.”

We’ll have to see when Kris Statlander makes it back to the ring. Her role in the AEW Women’s Division will likely be waiting for her because it’s doubtful that they will find anyone to take the place of her unique character in the meantime.