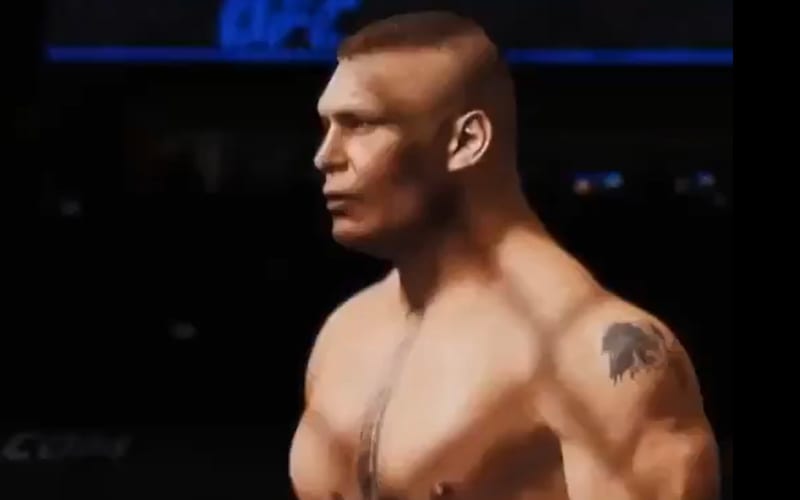 Brock Lesnar’s WWE contract expired, and we haven’t heard anything about a UFC return yet. This new development is very interesting as Lesnar is prominently featured in the new UFC video game.

The trailer for UFC 4 dropped today, and Brock Lesnar is spotlighted. He opens the commercial by saying that the UFC is his home.

“This is my house, this is my home. The UFC is Brock Lesnar,” he says in the commercial. The gameplay footage features Lesnar as it says: “Broctober is here” at the end.

We’ll have to see if this is just a deal for the next UFC video game. Contracts are tricky and he might have just signed a deal with EA and not the UFC as well. The fact that he said that the UFC is his home is very interesting. Stay tuned.