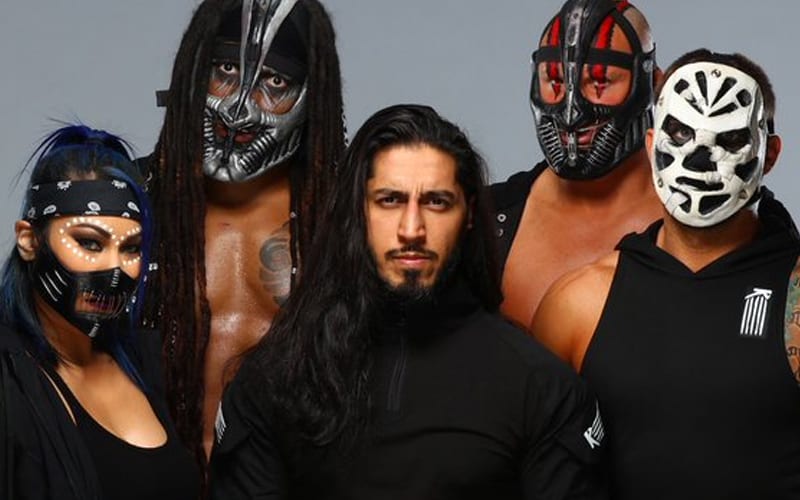 Retribution are looking to tear WWE apart from the inside. They were quite unsuccessful in that this week on RAW, but they’re just getting started. Now they have an official WWE photo which begs the question of why WWE is keeping around a faction bent on destroying them.

Reckoning revealed Retribution’s first official photo with Mustafa Ali as their leader. She also posted a caption which said that those who stood by her during a hard time are the only people who she will allow to “eat at my table.”

Only those who went hungry with me and stood by me when I went through a bad time at some point in my life will eat at my table.

Mustafa Ali also posted his own new photo with a caption that pointed blame at those who say he “has a problem” just because of his name.

“If his name wasn’t Mustafa Ali, you’d say he has spirit. But because it is, you say he has a problem.”

Retribution didn’t have the best time during RAW this week. They lost to the Hurt Business before Bray Wyatt’s Fiend showed up and decimated them. Later on in the broadcast, they appeared once more when Mustafa Ali revealed that he was the SmackDown Mystery hacker.