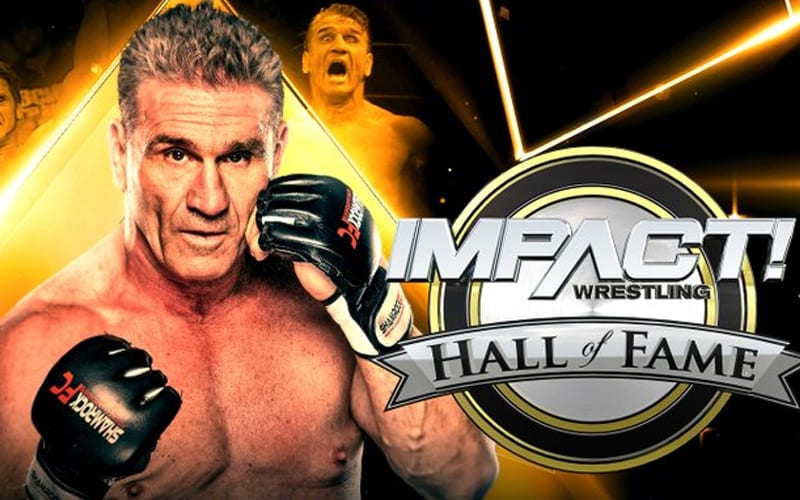 The Rock agreed to send a video message for Ken Shamrock’s induction into the Impact Wrestling Hall Of Fame. The Great One owes a lot to Shamrock as he was so giving to him early on in his WWE career. Now Dwayne Johnson is returning the favor.

Impact Wrestling might be playing a video from the People’s Champion, but he won’t be appearing on the show. In fact, Impact Wrestling made no mention of Dwayne Johnson in their announcement about when fans will be able to catch Ken Shamrock’s induction.

BREAKING: @ShamrockKen’s Hall of Fame induction ceremony will take place THIS SATURDAY during the LIVE Countdown to Glory pre-show at 7pm ET on @AXSTV and IMPACT’s digital channels. #BFG2020

Ethan Page replied to Impact Wrestling’s tweet where he dropped a very big hint that The Rock’s video message for Shamrock is still happening: “*takes sniff* I can smell what they’re cooking ….”

We’ll have to see what The Rock was able to record for Ken Shamrock. His time is very valuable, but odds are he’ll cook up something for the World’s Most Dangerous Man.