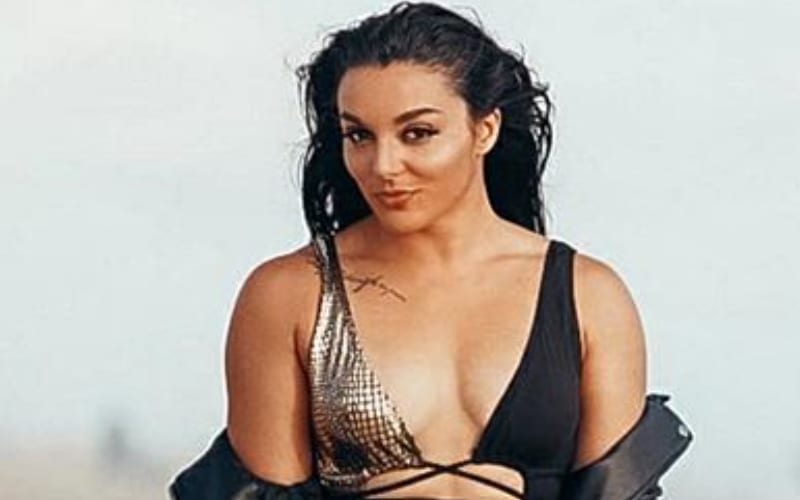 Deonna Purrazzo is Impact Wrestling Knockouts Champion and prepared to defend that title against Kylie Rae at Bound For Glory on Saturday, October 24th. Purrazzo is working hard for that match, but she still has time to put people in their place when needed.

One fan named TJ tweeted out saying that “Deonna Purrazzo would be the hottest women in wrestling if she lost about 30 pounds and did squats. Because she has an extremely beautiful face”

The Virtuosa responded to this critical fan by saying that “TJ would be the greatest fan” if he would shut up about how women exercise their bodies. She also included a video that showed off her hard work in the gym doing squats complete with a face mask.

TJ would be the greatest fan in women’s wrestling if he would STFU about women’s bodies and how they exercise them. BTW, my heaviest this particular day was 215lb x 4 reps.

Chelsea Green was 100% on her friend Deonna Purrazzo’s side. She also gave her props for coming up with the best response ever. “Literally could not have come up with a better response if I tried my hardest. TELL HIM!!!!”

Deonna Purrazzo doesn’t reply to every critical tweet that pops up in her notifications, but this one struck a chord with her. Thankfully, she was able to handle things appropriately.