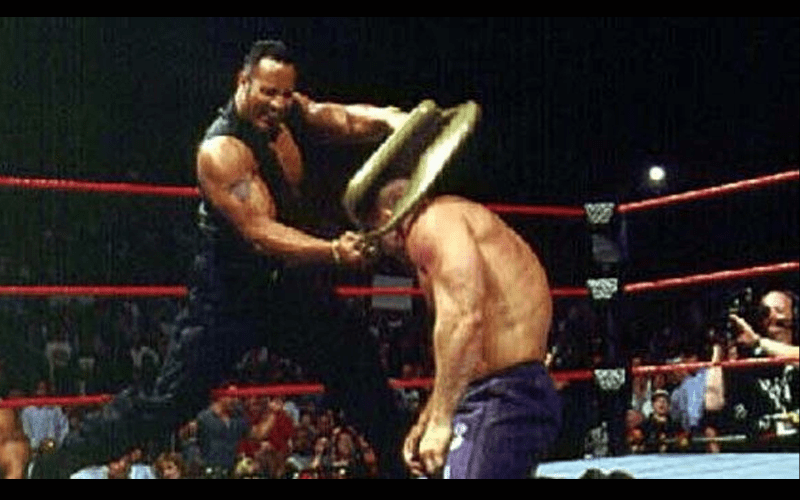 The Rock has been to war with many people, but he credits Ken Shamrock as really helping him get over in WWE during the beginning of his career.

While speaking to Chris Van Vliet, Ken Shamrock was asked about a famous spot between himself and The Rock where The Great One planted him right in the face with a chair. According to Shamrock, this was his call.

Ken Shamrock said he didn’t like chair shots. He said the back was fine, but not the back of the head or the top of the head. So, when they were planning out their spots for the match, Shamrock told The Rock, “just hit me in the face.”

The Rock said he wasn’t going to hit Shamrock in the face, but Ken was insistent that it was fine. Dwayne Johnson thought that Shamrock was “ribbing” him, but The World’s Most Dangerous Man assured him that he wasn’t. Shamrock really wanted The Rock to hit him in the face with a steel folding chair.

Finally, Shamrock said “if you don’t swing it I won’t sell it” to which The Rock replied: “Oh, I’ll swing it.”

Shamrock said getting hit in the face was way easier for him because all he had to do was tip his forehead down and take the brunt of the collision that way. It still lived on as a great moment in WWE history, but we’ll likely never see anything that dangerous recreated in a WWE ring ever again.