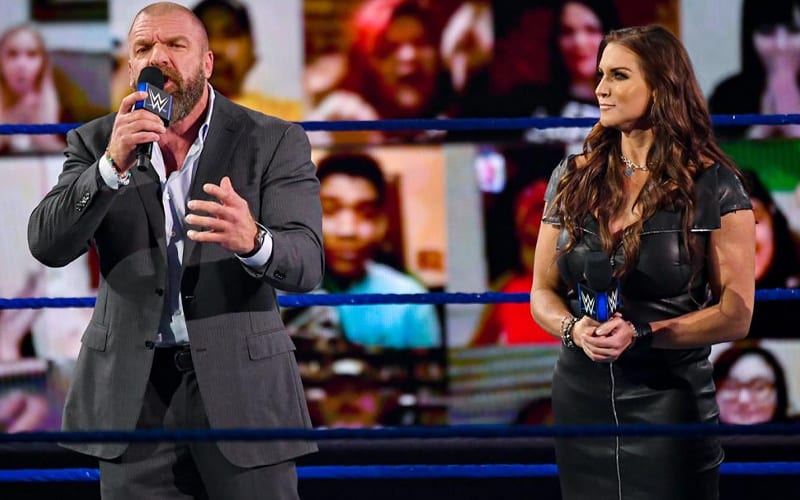 WWE hired Eric Bischoff and Paul Heyman was Executive Directors of SmackDown and RAW respectively. Many wondered why they got those positions and Vince McMahon’s family was passed up.

According to Fightful Select, Triple H and Stephanie McMahon weren’t given Executive Director roles for different reasons. They might not have wanted them.

It was said that Stephanie McMahon “didn’t want that spot.” She is happy with her current role in WWE. Even more were surprised that Triple H didn’t get the spot. Most believed that “if Triple H wanted the role, he’d have it.”

We’ll have to see if Triple H and Stephanie McMahon end up running the main roster down the line. When the time came to pick Executive Directors last time they apparently passed on the opportunity.