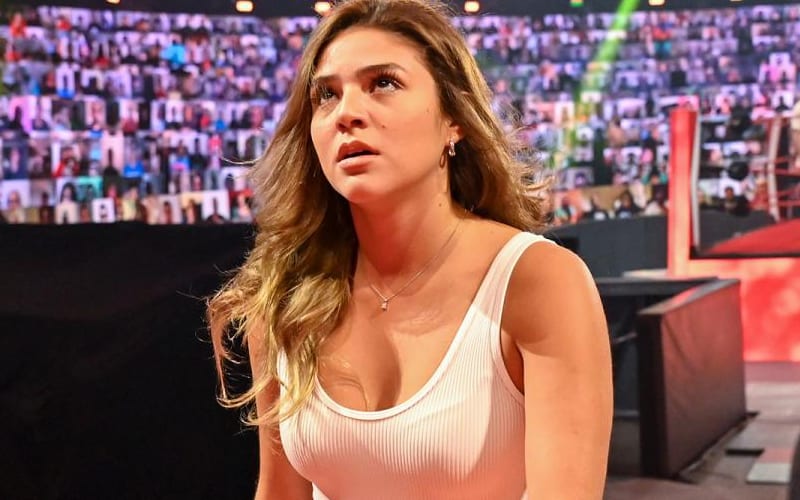 Aalyah Mysterio was brought onto WWE television to play a role in her family’s battle with Seth Rollins. WWE found another part for her to play to extend her time on television.

As fans wait to see what is next for Aalyah and Murphy, Vince McMahon is apparently loving her performances. The Chairman is already a huge fan of everything Dominik Mysterio has done so far.

According to Wrestling News, Vince McMahon affinity for Aalyah’s work could land her with an actual contract with the company.

“Don’t be surprised if Vince offers her a full-time contract. He sees star potential in her,” said a WWE source. “You will see her in multiple segments on some shows going forward.”

The same source said, “she’s great to work with. She’s eager to learn and if she wants to pursue a career here or anywhere in the entertainment world then I think she will be successful.”

Aalyah hasn’t wrestled yet, nor has she trained to take bumps. The company could always sign her in a non-wrestling role. We’ll have to see what’s next, but don’t expect Rey Mysterio’s children to go away any time soon.