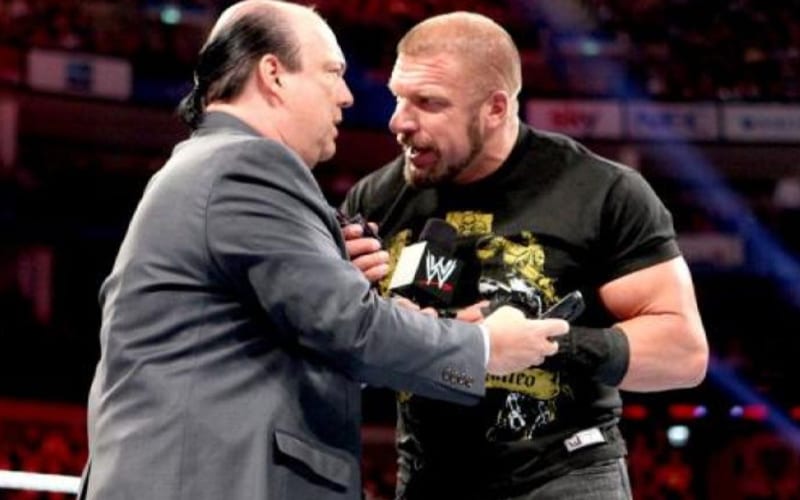 Vince McMahon is a complicated man who knows what he wants done. The old legend is 100% true that if he could do every single job in WWE he would. After all, McMahon is the only one who truly knows how he wants things accomplished.

Ringside News has learned that there is a belief backstage that Vince McMahon missed opportunities to delegate responsibility, especially to Paul Heyman and Triple H.

A tenured member of the creative team with close knowledge of the situation said “both [Heyman and Triple H] have shown they can do it.” It was also said that both Heyman and Triple H “understand how to move the product forward” and they also “get the most out of talent.”

Vince McMahon doesn’t even have to totally step aside in order to make things work. We were also told that if Vince would only give Paul Heyman and Triple H the power in creative then “they can get Vince focused on a progressive path.”

Paul Heyman had Vince McMahon convinced to build new Superstars. Heyman was looking at WWE a decade from now and saw people like his “SmackDown Catering Crew” on top of the roster. Then McMahon grew impatient which coupled with the pandemic’s ratings slide caused The Chairman to remove Paul Heyman as Executive Director of Raw.