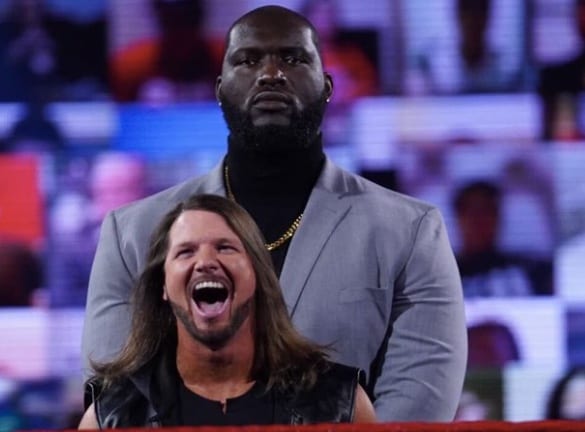 While last night’s edition of RAW may not have been particularly well received, one shining light that came out of it was AJ Styles – and his new bodyguard Jordan Omogbehin.

Some will argue that Styles doesn’t really need to have a bodyguard by his side in order to thrive but even so, nobody can deny the imposing impact of Omogbehin and what he brings to the table.

After his win over Matt Riddle, Styles had the following to say as he welcomes the WWE Universe to the Phenomenal Era once again.

Even though many believe he’s in the latter stages of his full-time in-ring career, Styles is the kind of guy that is always capable of making a run towards the world title scene – so don’t blink.