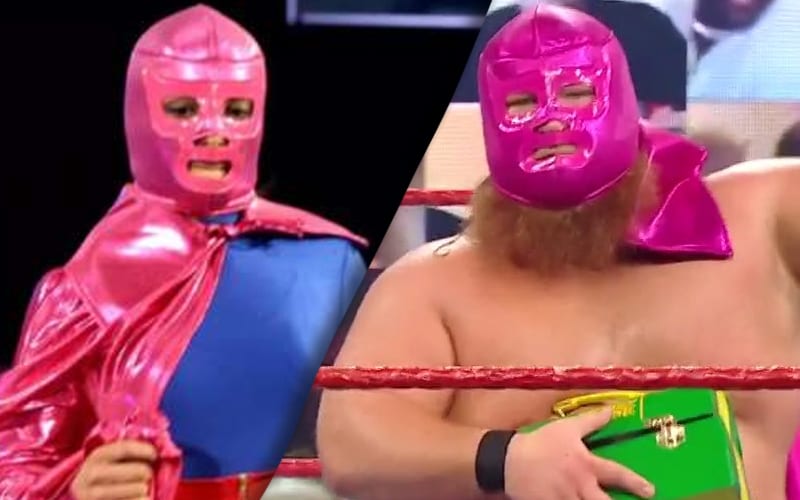 Otis showed up on Raw this week, but it wasn’t really him. He was El Gran Gordo instead. After all, Otis doesn’t wear a pink mask and cape.

A few fans thought that Otis’ pink mask and cape looked familiar. They seem to be correct. La Luchadora was a masked mystery woman who showed up many times in 2016 and 2017. In the end, it was a vehicle to bring Mickie James back to the company.

You can check out the photos below to compare. It definitely looks like they had Otis wear something they had laying around.