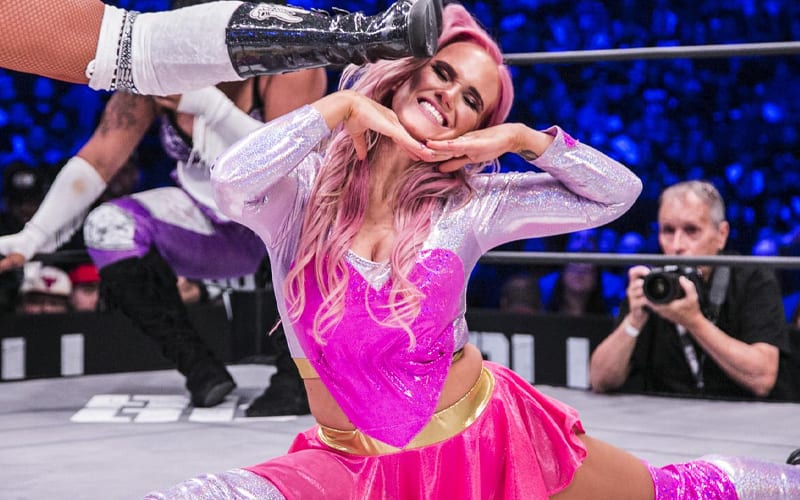 Shazza McKenzie’s popularity in the United States was just starting to gain momentum when the pandemic hit. Suddenly, Shazza was no longer able to travel from Australia. She misses pro wrestling, and she’s not done yet. That doesn’t change the waiting game she’s currently playing.

While speaking to Bodyslam.net, Shazza McKenzie was asked what is the “glaring” difference she notices between America and Australia. She immediately had an answer: she can’t swear as much in the United States.

“Yeah, I can’t swear as much. Like ‘damn’ and ‘shit’ are swear words? These are just regular words guys! Calm down!”

That pottymouth got Shazza into a pretty awkward situation when she met Tony Khan for the first time. She participated in the battle royale at All Out last year. While they were setting up the match, Shazza discovered that Tony Khan showed up just as she completed a string of expletives.

“This is a funny story. When I did the AEW Battle Royale, the night before we were planning it out and I had met most people so I was [swearing a lot] saying ‘f*ck this’ and ‘f*ck that’ swearing my brain off. And then I turn around and Mr. Tony Kahn is right there and he was like ‘Oh hi Shazza, I’m Tony!’ and I was like ‘… Hi… I’m Shazza…that’s not how I normally speak”

Shazza McKenzie was on her way to America for another self-booked tour around the indies when the COVID-19 pandemic struck. By the time she landed, all she could do was turn around and go home.

We’ll never know if Shazza McKenzie would have been able to appear for AEW again. It was very likely. The late Casey Michael’s #SignShazza campaign really got Brandi Rhodes’ attention. Brandi called Shazza “the one with the pretty hair,” but Tony Khan might remember Shazza best for her expert F-bombs.