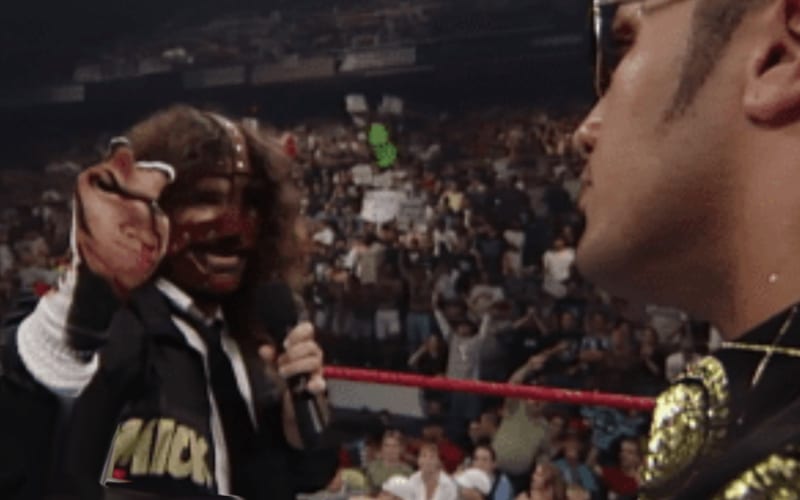 Mick Foley has a heart of gold, and he loves his fans. Some of those fans touched him so much that he donated a piece of WWE history from his personal collection to be buried with them.

Foley was recently asked if Mr Rocko will ever be on sale. Mr Socko replicas have been made available for purchase. The sock puppet Mick Foley made for The Rock never received the same treatment.

That question prompted Foley to reveal something about that Rocko puppet and the jacket he wore during that famous This Is Your Life segment.

I am forever grateful that these gifts were a small source of comfort.

Another fan tweeted out a photo of a very rare Cactus Jack action figure with the following caption: “One the rarest Cactus Jack action figures is buried with Mick Foley’s permission with Kaitlynn LeBleu who died of Giant Axonal Neuropathy. This was one of Kaitlynn’s last request. I will never forget you telling what an honor it was for her to want this.”

We have no idea when Mick Foley donated those two items for fan funerals. He could have been holding onto that fact for well over a decade. It wouldn’t have come out unless a fan asked where they can buy their very own Mr. Rocko.