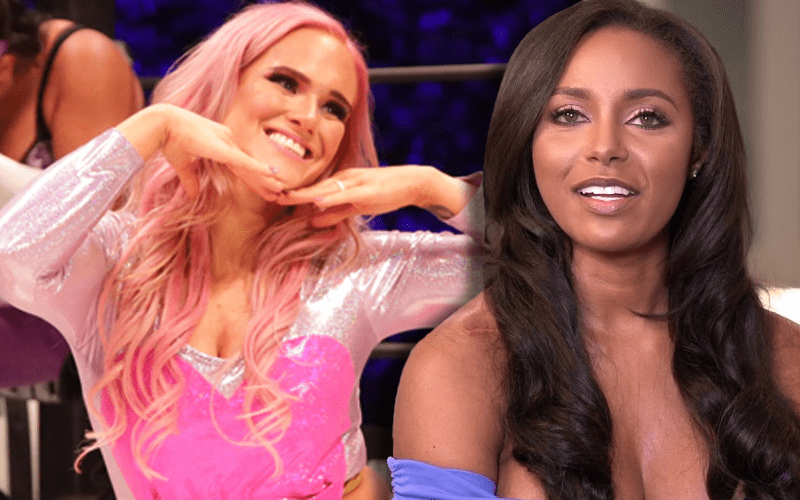 Shazza McKenzie is an Australian pro wrestler who has been able to make quite a mark in the United States indie scene in the last year. She has appeared at multiple Starrcast events, Shimmer, and other indies all over the country in the past few months. She has also wrestled twice for AEW.

McKenzie’s first AEW appearance was in the Casino Battle Royale before All Out. She did not win the match and was quickly eliminated by Britt Baker, but that didn’t stop Shazza.

After fans saw Shazza McKenzie appear on an episode of AEW Dark last week, they started a hashtag to let AEW know that they want to see more of her.

#SignShazza went viral and was boosted in a big way by Squared Circle Sirens’ Casey Michael. Plenty of fans tagged Brandi Rhodes as well. Hours later, it seems like she responded.

Trust me…I want her too. (Her hair is GORGEOUS)

Fans replied to this tweet with even more #SignShazza posts. The general thought is that Brandi Rhodes was talking about Shazza McKenzie. The fact that AEW’s official Twitter account retweeted Rhodes’ post makes this even more interesting.

Shazza McKenzie is back in Australia after another successful stint of shows in America. It certainly sounds like she would love to come back any time AEW wants her. Let’s just see if they end up making it official next time.