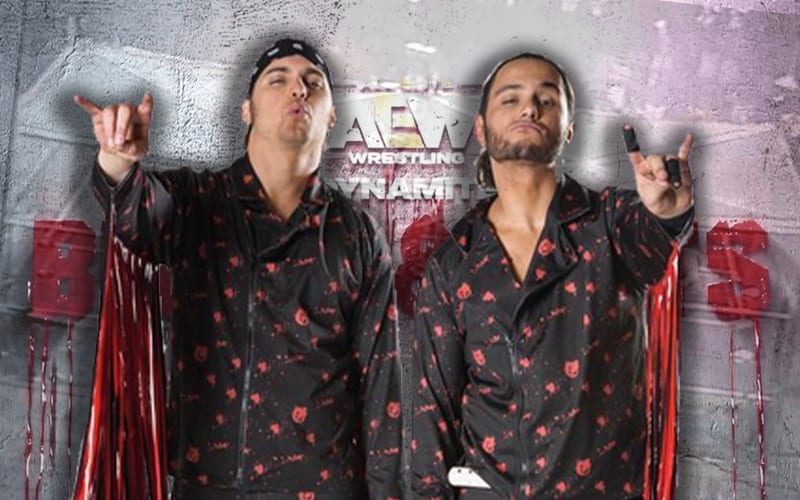 AEW booked a match called Blood & Guts. It was supposed to go down during one of the first episodes of Dynamite during the pandemic, but they decided against it. The plan is still going to happen, but it will have to wait.

While speaking to 411 Mania, Nick Jackson said that AEW spent money building that Blood & Guts structure, something akin to WarGames, but they can’t use the name. It’s going to have to wait until they have fans back.

“We spent a lot of money building that structure. But the good thing about it is that at least we now have it. So, we can pull the trigger on that at any time.”

Matt Jackson added that AEW didn’t know what the Blood & Guts match would be. Once they put things together they had to pull the plug. Now AEW is waiting for the right moment to debut the new match.

“I was just going to say too, at first we didn’t know what this was and nobody did, and we thought, let’s just put things on pause for a couple of weeks and then we will get back to where we were. And then there comes a point where this thing is not going away, so there is no sense in saving anything and now it is time to put the pedal to the metal and do what you had planned.

“At first, we thought we could stall it out a little bit and then a month or two months into it we all were in a room and we said, nope let’s just give them Dynamite!”

The Blood & Guts match is coming to AEW, but it will take time. Florida is allowing companies to bring in a lot more fans than AEW is letting into Daily’s Place. Perhaps fans won’t have to wait long to see the match. In the meantime, AEW is going to continue until the right moment arises to debut their new gimmick match.