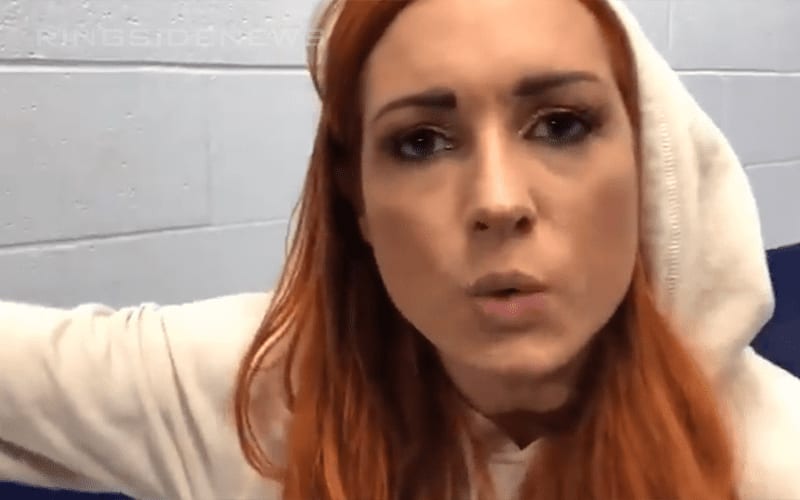 WWE brought out a few surprises during SmackDown’s season finale. One big appearance didn’t happen, but it could have. Becky Lynch was in the Amway Center, but she didn’t appear on camera.

Ringside News has learned that Becky Lynch was backstage with Seth Rollins at Friday Night SmackDown this week. Becky is always great to have around, even when she’s not an active Superstar.

Becky Lynch is due to have her and Rollins’ bundle of joy in December. We’ll have to see how soon she can get back into the ring, but she doesn’t plan on motherhood stopping her career.

She misses her WWE family and has been quite open about how much she hates sitting around at home.

WWE is selling Holiday sweaters already that say “THE MOM” on them. She’s coming back with that badge of honor. Becky Lynch will still be “The Man” even if she’s a mother. So, don’t think she’s going to grow soft in motherhood.