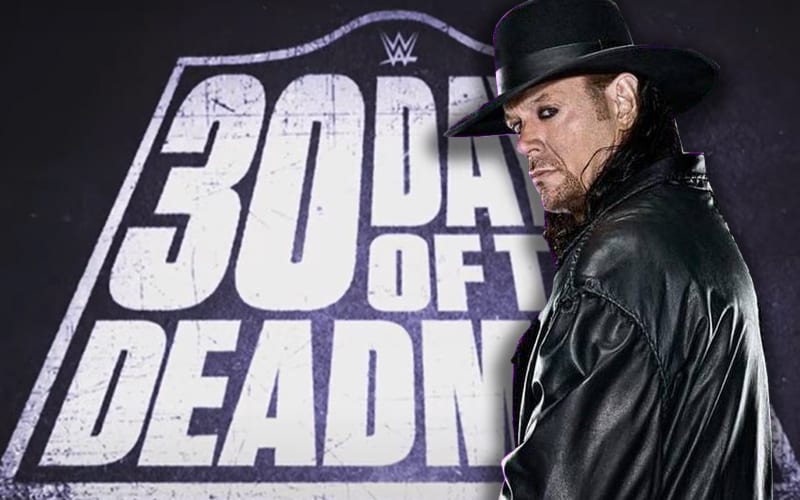 The Undertaker’s legendary career might have wrapped up with the Last Ride docuseries. Vince McMahon wanted to make sure the documentary was edited to remove the word “retired,” so there’s still hope he’ll wrestle again. In the meantime, WWE Network is celebrating The Deadman’s career.

30 Days Of The Deadman is coming to the WWE Network. They have a lot planned and the company just dropped a new trailer to hype the month-long event.

Fans will be treated to 4 new documentaries about The Undertaker, and plenty of Superstar interviews where they discuss the Deadman’s career. One new documentary will debut at the Austin Film Festival and you can click here for more information on that.

This will kick off on October 25th. You can check out the trailer below which promises that plenty of new stories about The Undertaker are on the way.