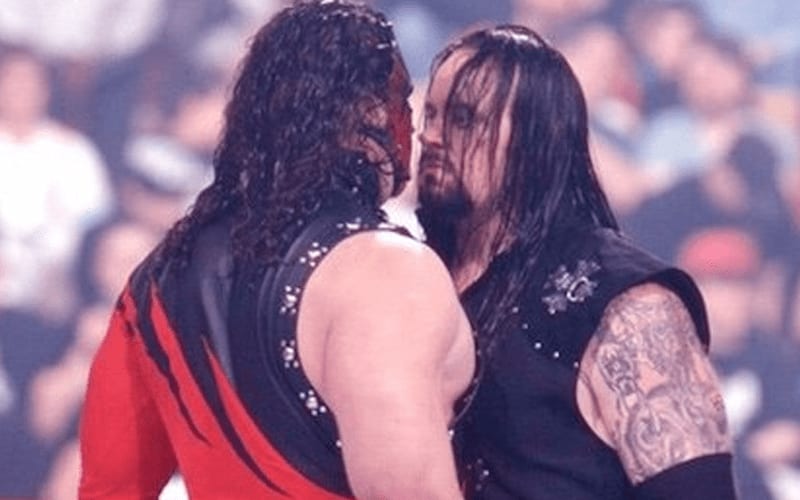 WWE has many legends in the company’s history. The Undertaker and Kane stand as two of the most iconic figures to make their way through WWE, and they are kayfabe brothers. Their story is about to get much more attention outside of the WWE Universe.

“Brothers Of Destruction” is an upcoming WWE Network documentary, but it will not premiere on the WWE Network. Instead, the documentary is getting time at the Austin Film Festival according to Variety.

The Brothers Of Destruction film will play on October 29th on the final day of the festival. WWE fans will have to wait a bit longer to see the documentary, but not for long. The WWE Network will debut the documentary film on November 15th.

The upcoming documentary will feature never-before-seen candid conversations between The Undertaker and Kane as they walk through the events of their kayfabe brotherhood that started in 1997. It should be an informative journey through history for any fan.

The Brothers Of Destruction film is also part of “30 Days Of The Deadman,” a month-long celebration of The Undertaker’s history in WWE.