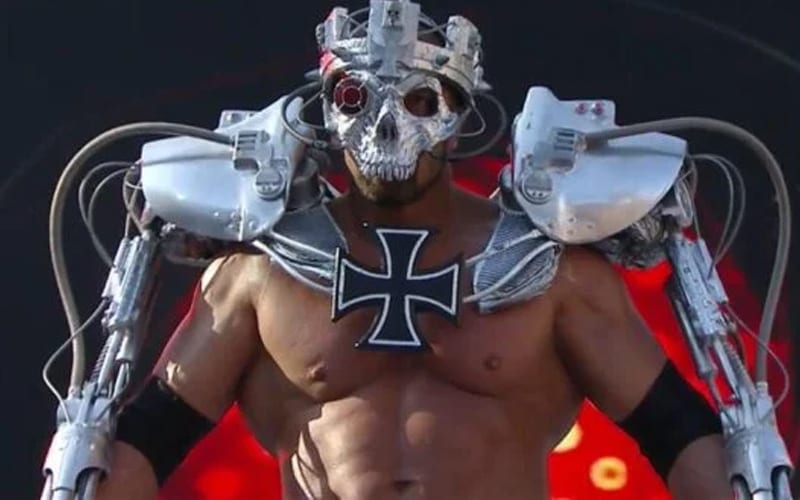 WWE’s seemingly never-ending quest to lock down every term that ever appeared on their television product continues. They have locked down new NXT UK trademarks, and one very important one for Triple H.

WWE registered four new NXT UK trademarks on October 9th according to PW Insider. IIsla Dawn, Ilja Dragunov, Jack Starz, and Flash Morgan Webster were included in the new filing. Another term was also thrown in there that WWE needed to lock down a long time ago.

Triple H’s iconic Skull King look has been used during his WrestleMania entrances and in marketing as well. The Game hasn’t wrestled in a while because he’s been very busy with other responsibilities. That didn’t stop WWE from locking down the “Skull King” term in this latest batch of filings.

We’ll have to see how WWE plans on using the Skull King image from this point on. That famous Triple H look obviously isn’t going away. All trademarks were registered in the typical way which gives WWE freedom to use the terms in entertainment programs and merchandising.