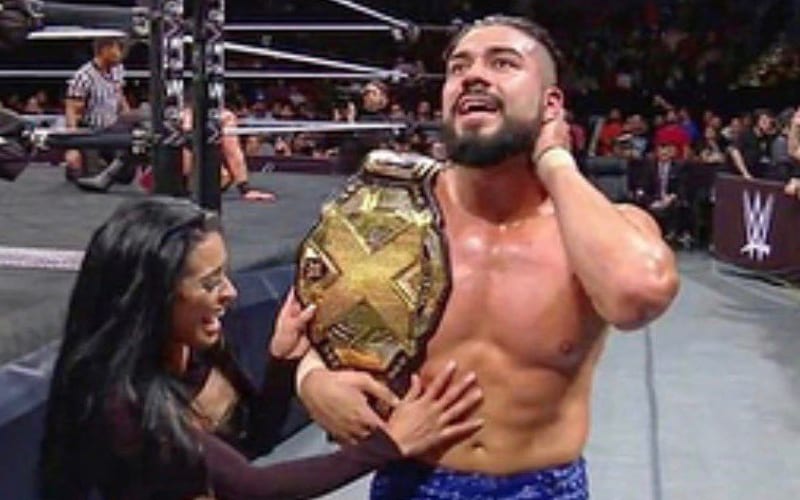 WWE’s NXT brand suffered some hard injuries to top performers. Finn Balor, the brand’s champion is out of action as well. He could be out for at least another month and a half. In the meantime, Andrade might come home.

It was reported by PW Insider that Andrade is going to RAW. That makes sense because Charlotte will be on RAW and WWE doesn’t like to split up couples, unless one person goes to NXT.

Andrade posted “thank you” on Twitter the other day with a fist emoji, and he later deleted it. A lot of fans had their own ideas about what he meant. Then he dropped a pretty clear tease on Wednesday morning.

He posted a photo of himself as NXT Champion with Zelina Vega by his side. This is an interesting situation, but Vega is on SmackDown after the WWE Draft. Andrade on the other hand, could always go back to NXT.

Plans change all the time in WWE. Ringside News exclusively reported how Vince McMahon really feels about Andrade and fans weren’t happy about it, but that feeling of “not giving a sh*t’ about El Idolo could make it a lot easier for Vince to send him to the black and gold brand.