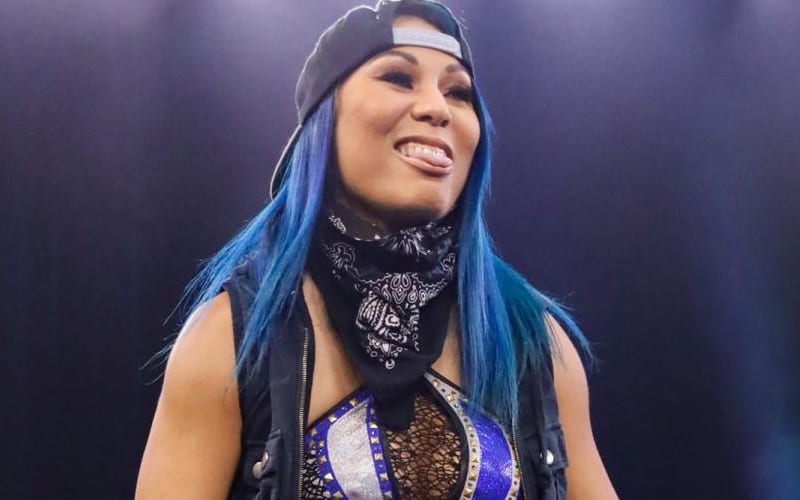 WWE’s attempt to lock down Mia Yim’s name with a trademark hit a snag as it was refused.

Stephanie Bell, better known as Mia Yim filed a trademark for her own ring name. She currently performs as Reckoning as a part of Retribution. WWE does own those Retribution names. This filing for “Mia Yim” was made on October 8th according to Heel By Nature.

The trademark filing also reportedly included several screenshots which showed that she has used that name as far back as 2009. This filing was made outside of WWE.

It is also reported that WWE has an active trademark for Mia Yim, but the United States Patent and Trademark Office are set to cancel it later this year. They sent WWE a letter on June 11th asking them to provide a letter of consent for the name, but WWE has yet to comply.

WWE was given the following reason for this cancellation: “Registration is refused because the applied-for mark consists of or comprises a name, portrait, or signature identifying a particular living individual whose written consent to register the mark is not of record.”

As of this writing, WWE has until December 11th to provide the information that was requested including Mia Yim’s signature consenting to the registration.