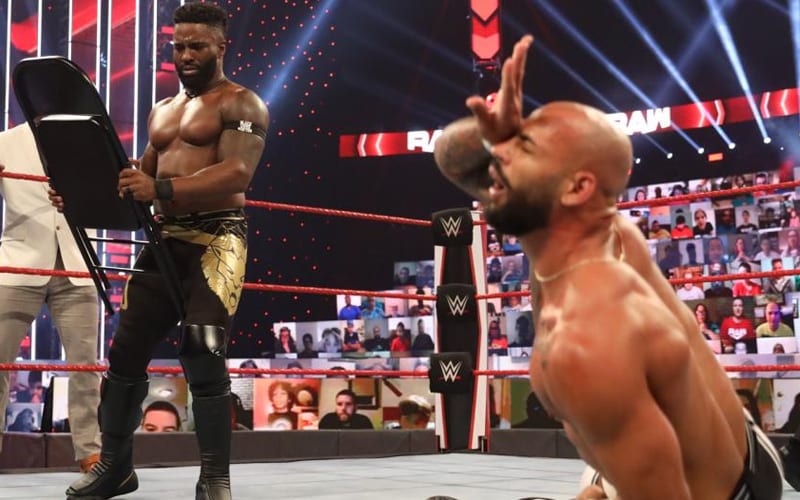 Ricochet pulled off a classic Eddie Guerrero move during RAW this week. He learned how to lie, cheat, and steal from the best. The One And Only received a lot of praise for his tribute to Latino Heat this week, and he addressed those fans.

Ricochet tweeted out that it was an honor to be given the opportunity to pay homage as he did. Eddie was one of his inspirations. Guerrero is an all-time great and his memory means a lot to the One And Only.

It’s no secret that Eddie Guerrero was an inspiration to me and SO MANY before and after me. So it was an honor to be able to pay homage to an all time great.

We’ll keep a close eye out for any further tributes to Latino Heat. Both Bayley and Sasha Banks have also thrown in their own homages in the past.

Guerrero would have turned 53-years-old last week so this was a perfect time for Ricochet to pull off his little trick to earn a DQ victory over Cedric Alexander.