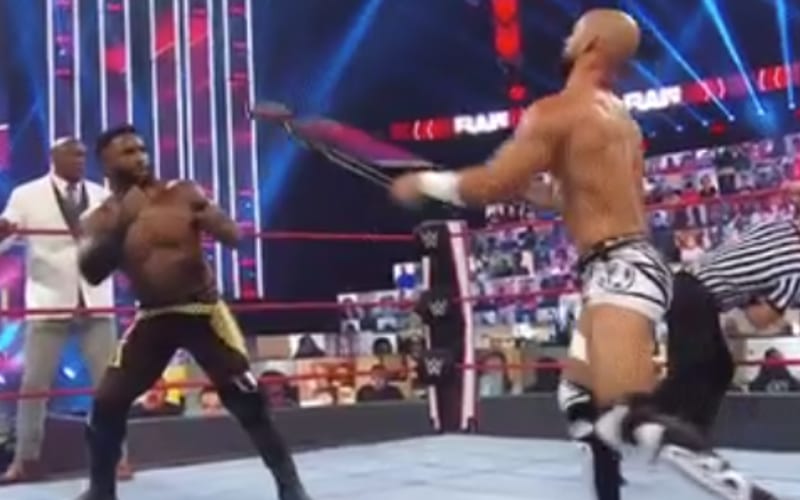 This week on Raw, Ricochet told MVP that he wanted a match against the Hurt Business’ Cedric Alexander. The One And Only said if he wins then the Hurt Business has to leave him alone, but if he loses then he would join MVP’s stable. It didn’t take Montel Vontavious Porter long to accept that deal.

Eddie Guerrero would have turned 53-years-old last week. Tons of people flooded the Internet Wrestling Community with tributes. Ricochet had his own way to remember Eddie this week on Raw. He borrowed a move right out of Latino Heat’s playbook.

The referee was hit during the match, and Alexander received a chair from outside of the ring. Ricochet took a chair from Cedric Alexander, and instead of bashing his opponent he pulled a classic Eddie Guerrero move. He smashed the chair on the ring and tossed it to his opponent before fainting like he’s been doing the spot for years.

The referee called for the DQ, and Ricochet technically won the match. This means that the Hurt Business must leave Ricochet alone, and it was all thanks to a little quick thinking like Eddie Guerrero.