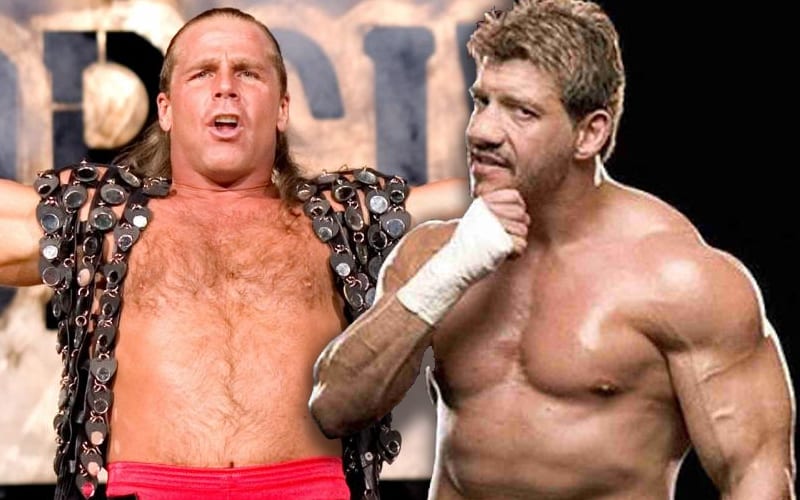 Eddie Guerrero passed away leaving so many fans heartbroken as they continue to celebrate his legacy to this day. The matches that never happened don’t equal to the magnitude of losing someone like Latino Heat. The company had a WrestleMania 22 match penciled in for Guerrero that makes the loss even harder.

During Something to Wrestle With, Bruce Prichard revealed that Eddie Guerrero was slated to face Shawn Michaels at WrestleMania 22. Latino Heat sadly passed away months prior to that dream match going down.

Prichard spoke about those scrapped plans and lamented about how amazing that match would have been.

“It was kicked around as a possibility because they never worked together, and that was, at least in my head, a dream match. That was one of those that I definitely would love to have seen.”

Eddie Guerrero’s memory lives on as many celebrate his legacy. Ricochet paid tribute to Eddie this week on RAW.

A match between Guerrero and Michaels would have been incredible, and the story leading up to that showdown would have been outstanding as well. Shawn Michaels ended up defeating Vince McMahon in a No Holds Barred match during that event, but they had something even more special planned for a time.