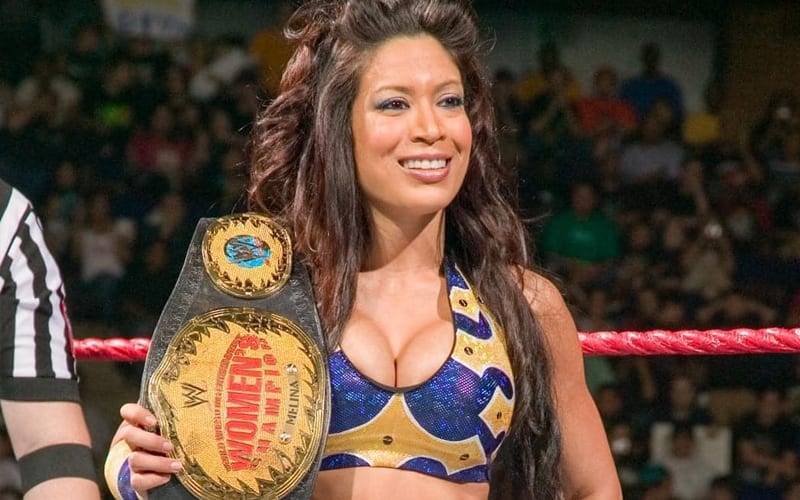 WWE might see the return of Melina, and the company could be already planting the seeds for her comeback.

The WWE Network posted a short video of Melina’s 2009 return where she became Divas Champion. We’ll have to see if a title is in her future, but the timing of this is very interesting.

WWE’s official Twitter account also smashed the retweet button for this video. It is also very interesting that they tagged Melina’s Twitter account with this post. Miro has pointed out before that the company doesn’t tag Superstars if they don’t want to. He viewed that as a very lame move.

Sometimes WWE’s social media team will post things because the left hand doesn’t know what the right is doing. Other times it’s 100% on purpose. This could be one of those instances.

We’ll have to see if/when Melina appears next. Ringside News exclusively reported that her name was coming up in the WWE creative team.

Melina might not be the only returning WWE Superstar preparing for her comeback. A recent report said that Eva Marie is also on her way back.