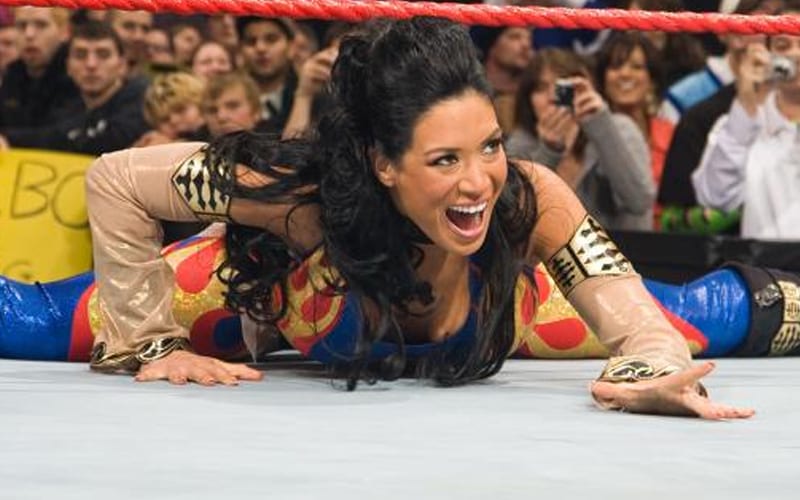 Melina reportedly signed with WWE, but she denied the report. Now we can confirm that her name is being discussed backstage.

Natalya recently teased that she was training with someone, but she couldn’t tell fans who it was. Ronda Rousey is always going to be a possible mystery Superstar, but there is another candidate.

Ringside News has learned that Melina’s name has been coming up backstage. A tenured member of the creative team confirmed that her name was not mentioned when the story of her signing broke, but that has changed.

They are kicking around ideas about how to use Melina, but nothing was definite as of a couple of days ago. Anything can change in WWE overnight, or in whatever time period Vince McMahon deems appropriate.

The WWE Draft is coming up this week on Friday and will run into next week’s Raw. That could always be a great place to bring her back. At least her name is coming up now. Stay tuned.