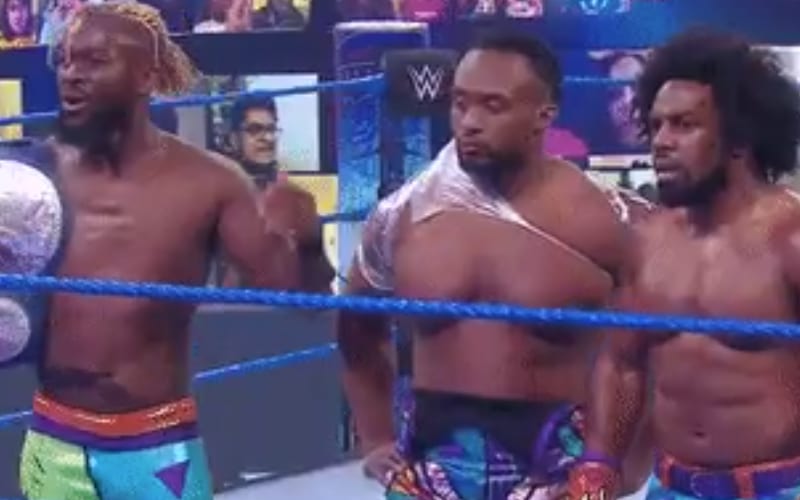 WWE split up The New Day during the 2020 Draft. It was a creative decision that fans won’t forget about for a long time to come. It might also be the move that solidifies Big E’s singles run.

During Wrestling Observer Radio, Dave Meltzer discussed WWE splitting up the New Day. He said that it’s likely all about Big E as the company continues to give him a focus to prove that he can make it on his own.

“I think that their mentality is that they want to give Big E a big singles push and in their mind if he’s part of the New Day then people will want him together as a team. It doesn’t have to be that way, I don’t think breaking up the New Day was the right thing to do, but I’m sure if Big E becomes a big singles star at the end or if they go all the way with him they figure that everyone will be happy with that — and they will be.”

WWE has a great thing with The New Day, and 2/3 of the group are still together. Big E is now doing his own thing, and we’ll just have to see where that path takes him. Apparently, WWE wanted to make sure that Big E doesn’t have Kingston and Woods with him along the way.