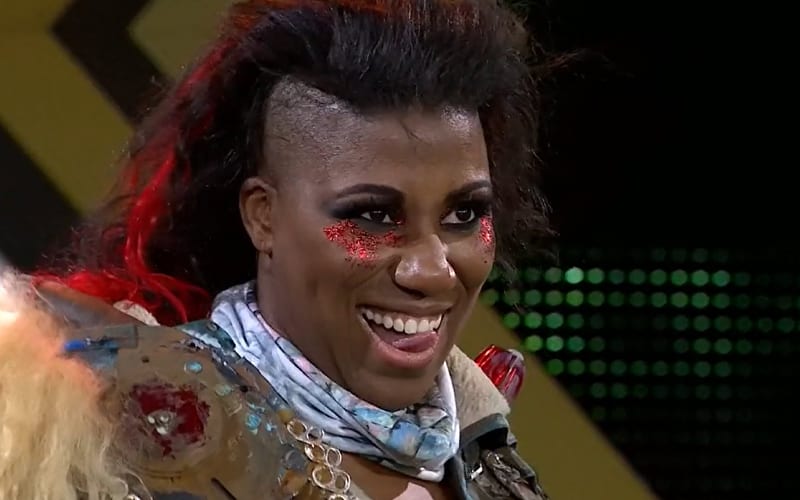 Ember Moon is back in NXT, and she has a brand new attitude. This return from injury might not have happened unless she had some advice.

Daily DDT recently spoke to Ember Moon where she went into how Triple H and Edge were instrumental in her return to the ring from injury. She leaned on those veterans, especially Edge as he gave her some valuable instructions about how to prepare herself for a return to the ring.

“Honestly, because of him and Triple H, that’s how it started turning around. Edge was basically like, ‘Do this, get a sauna, get a bike, you have to do this.’ He basically sent me a Cliff-noted version of what he was doing because he had such a bad Achilles rupture, too, that they said he would never come back. When the complications started happening, that’s when they told me I might not be coming back.”

“Edge helped me out so much with telling me what type of therapy to do and routines that would help. I sent that to my therapist and everything started to turn around. It was slow, but it started turning around.”

We’ll have to see what Ember Moon does next. She has a lot of potential and a lot to accomplish as well. Thankfully, she had really good advice coming her way to guide her in the right direction.