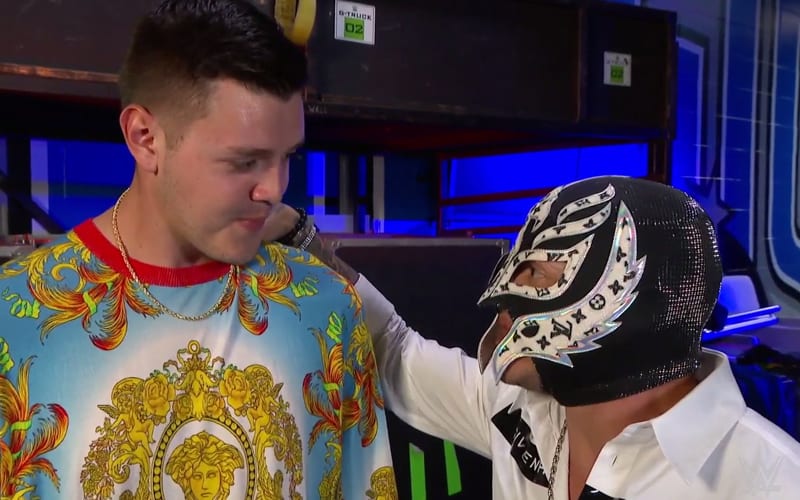 Rey Mysterio is Dominik Mysterio’s father despite what the old Eddie Guerrero angle tried to say. Dominik grew up with some very wise pro wrestling minds around him, but none of them were closer than his own father Mr. 6-1-9.

While speaking to Chris Van Vliet, Dominik Mysterio opened up about how much he learned from his famous father. One of the most important pieces of advice he ever received is a popular tip given to most young wrestlers: slow down.

In-ring, slow down. Always. That’s the best advice – from everyone I’ve talked to, everyone always tells me to slow down. That’s the best. My dad has given me so much advice outside the ring, and I think one of the more important things he said to me is to worry about the people that care about you because their opinions are what matter most. He says because everyone has their opinion and they can think what they want, but the people that care for you and love you are gonna tell you exactly how it really is.”

Fast-paced action is awesome, but it means so much more if there are slower parts to make the big spots worth it. Rey Mysterio learned that through a career inside the squared circle. Dominik Mysterio is very lucky to get that kind of sagely advice so close to home.