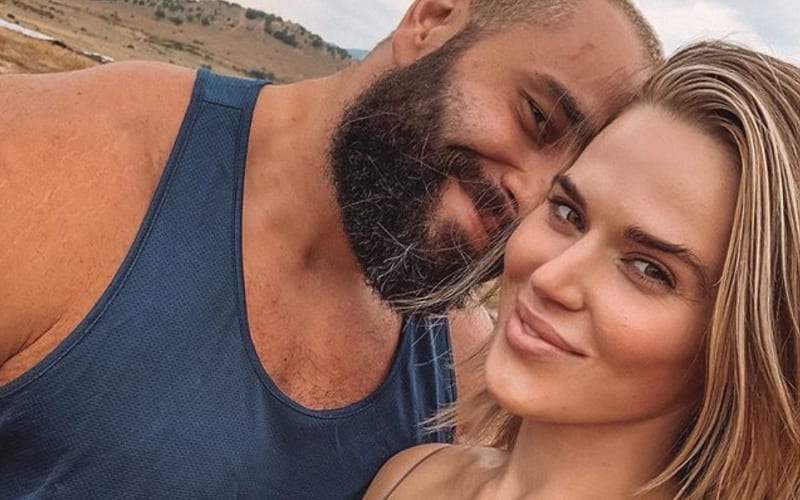 Miro and Lana are married in real life, but some people have tried to interfere with that by directing negativity at their relationship. Miro has a way of dealing with this issue.

During his time on AEW Unrestricted, Miro spoke about his wife CJ Perry, better known as Lana. He said that they bonded over their love of the singer Pink, and the fact that they both spent time during their childhoods living overseas in the Eastern Bloc.

Miro was asked if he has any advice for Kip Sabian since he is The Best Man. “They’re going to try to tear you apart, but this is where love comes,” Miro said. Then he spoke about his own experience on the matter.

“Our biggest falling in love moment was when we realized that we lives Pink, the singer, we loved god and we were stuck working in professional together all the time. All this blossomed into a love relationship and now you see people trying to take away, or they’re trying to spoil it, or their trying to do all that kinds of stuff, but do not let that bother you, man because people are just gonna hate.”

Miro said that everyone goes through rough patches, and so did he. He realized that “all I can trust is my wife and my family because everyone else is gonna talk sh*t.” He said that he must trust his biggest supporters, namely his wife.

Tony Schiavone then said that Miro has a tremendous attitude about life. It took time to reach that point for Miro, but he obviously isn’t going to let hatred bring him down.

You can skip to around the 12:10 mark in the video below to hear Miro speak on this subject.